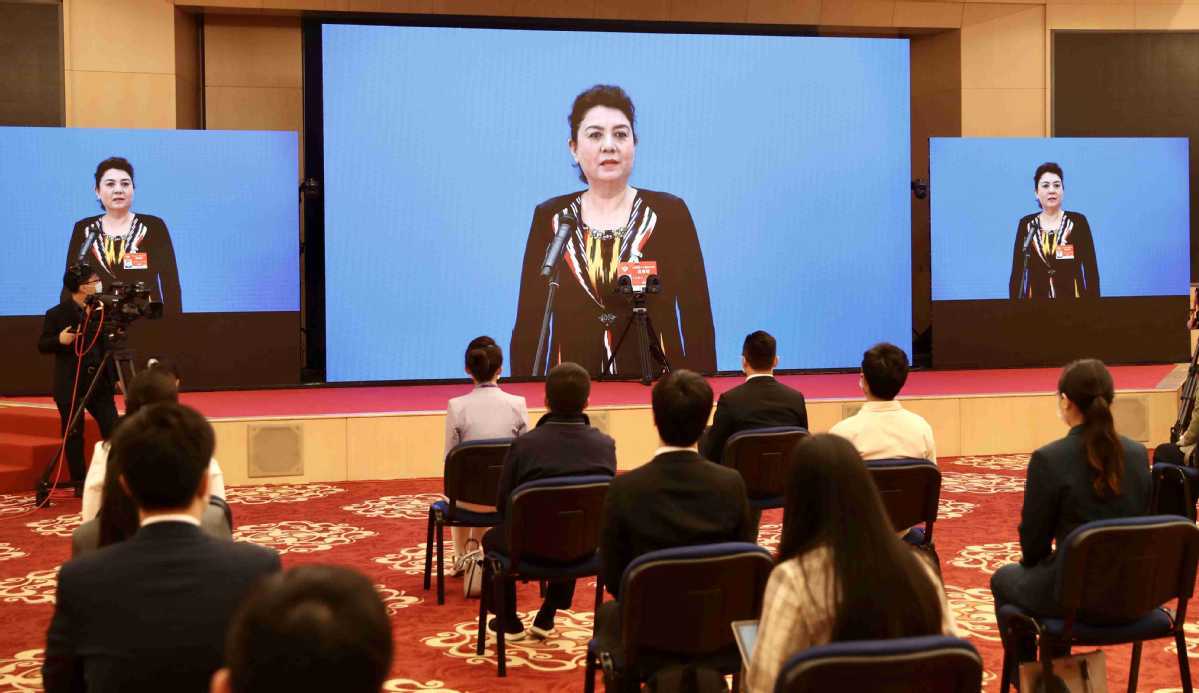 "Thanks to the Communist Party of China and efforts made by educators in Xinjiang, more children from more places across the region have a chance to take the three-year preschool education," Gulpari, also the vice-president of Xinjiang Normal University, told the media before attending the closing meeting of the fourth session of the 13th National Committee of the CPPCC.

The regional government, she said, dispatched volunteers from different professions, including civil servants and teachers, to work as teachers in remote areas of southern Xinjiang.

"I have worked in education for 40 years, so I witnessed the great change of education in Xinjiang, and as some people around me are volunteers, I found a better preschool education contributed a lot to the development of basic education in the region," said Gulpari.

Gulpari spoke highly of the selfless dedication from those education volunteers. "They have brought hope and happiness to more children in southern Xinjiang,"she said.

"Love can change everything, and it is the love from those teachers that make the children in Xinjiang smile and brought a great chance to develop basic education in the region."