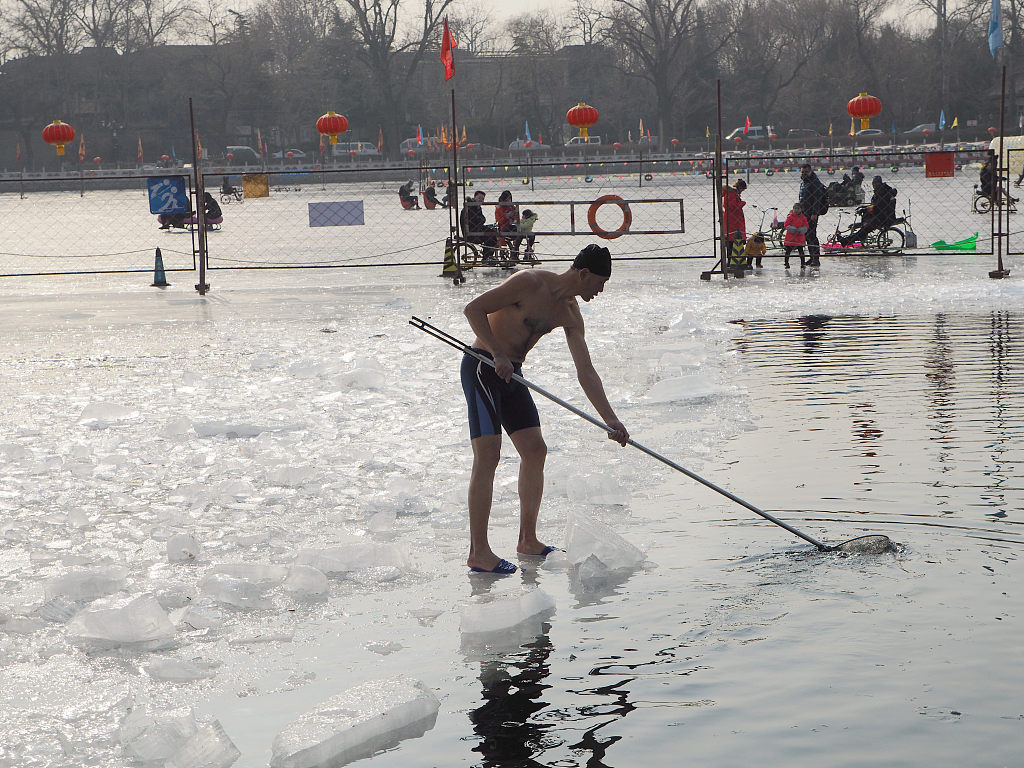 Winter swimming is a traditional activity in Beijing, the capital city of China. This winter, people in Beijing started their winter swim at Houhai Lake on January 9, 2019. (Photo: VCG)

The lowest temperature in Beijing is in the negatives. People are not afraid of the cold and jump into the lake one by one. (Photo: VCG) 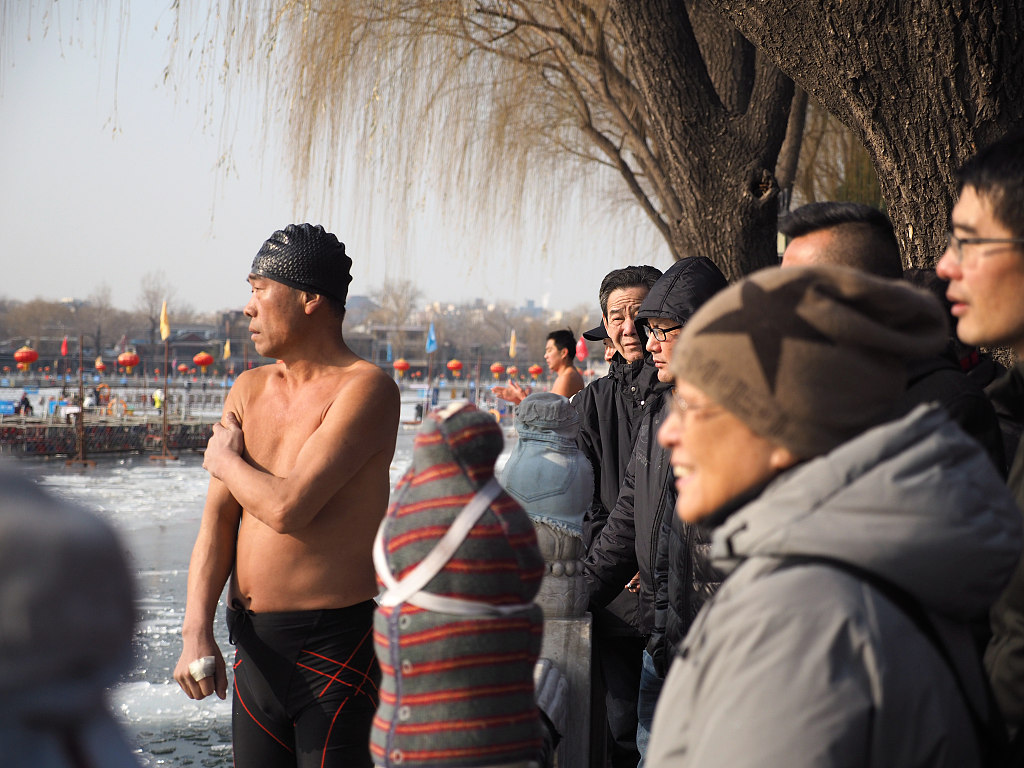 There are many theories on the benefits of cold water swimming, people believe that it can strengthen the blood vessels and promote blood circulation. (Photo: VCG) 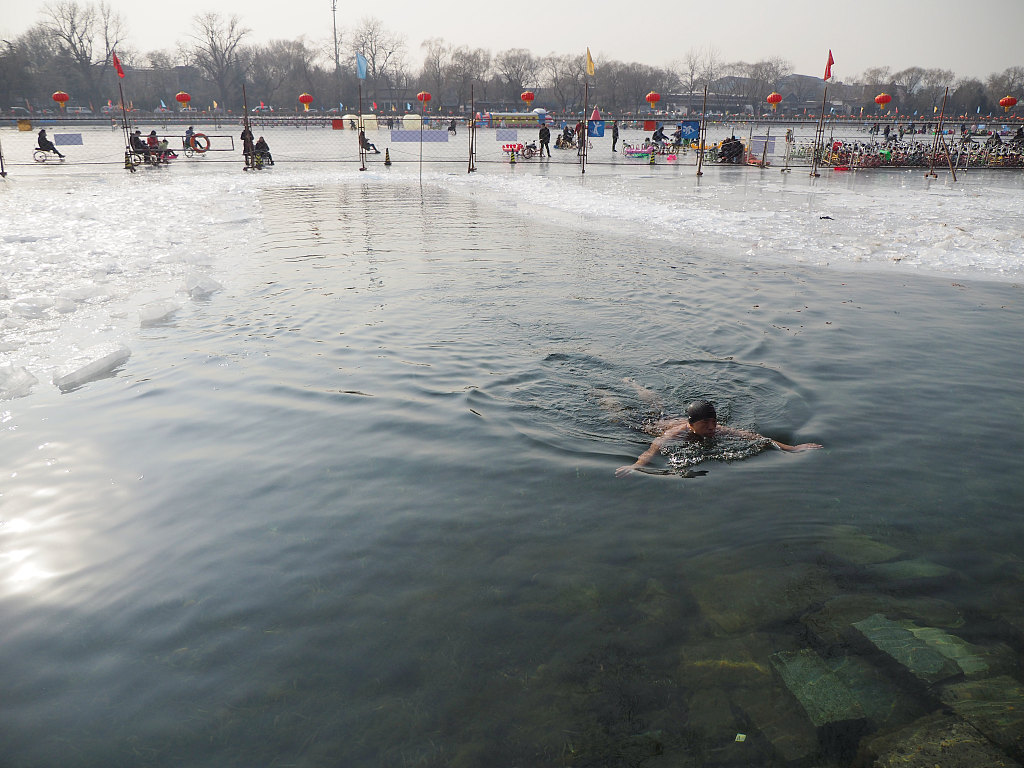 People swim in Houhai Lake on January 9 in Beijing. Houhai Lake is a peaceful escape from the hustle and bustle of the big city. It is a prime example of traditional Chinese food and culture. (Photo: VCG) 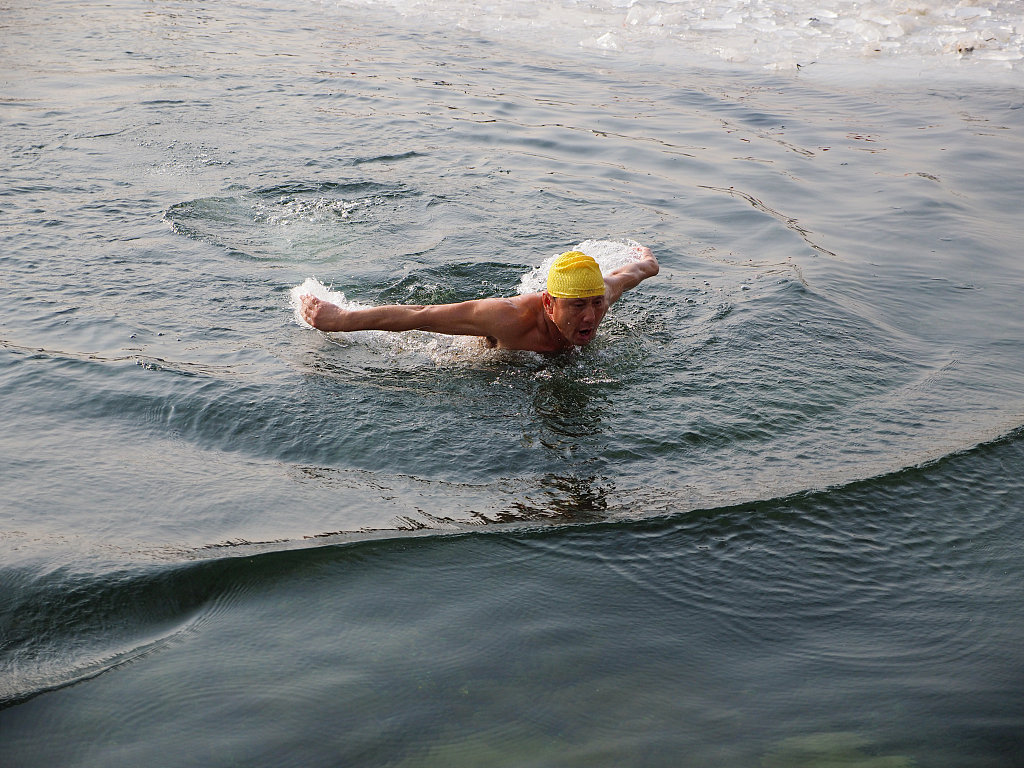 When swimming outside in winter, people should swim in a safe place and be careful about their personal health, even though people believe that winter swimming is good for your health. (Photo: VCG)