Bayi edge off Guangdong to tie WCBA finals on 2-2 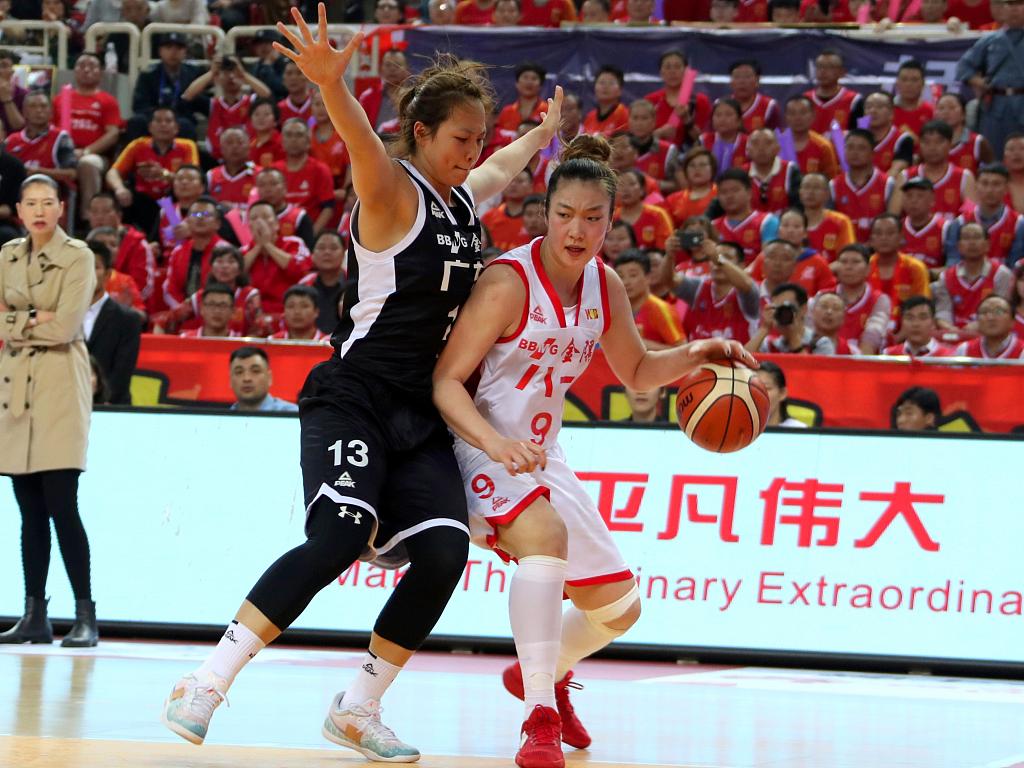 NANCHANG, March 20 (Xinhua) -- Home team Bayi held back a late surge from Guangdong to win the fourth game of the final series 94-90, and tied it 2-2 at the Women's Chinese Basketball Association (WCBA) league here on Wednesday.

The decisive fifth game of the best-of-five series will be played at the home court of Guangdong on Saturday.

Trailing by 10 points in the fourth quarter, Guangdong came all out to make it 90-88 with one minute to go, but Li Meng's 3-pointer beat the shooting clock and gave a unsinkable lead for Bayi.

Nneka Ogwumike, a former MVP in the WNBA, led Guangdong to launch a 11-3 run, helping the visiting team establish a 10-point lead in the first quarter.

Bayi cut the difference to four points by the end of the second quarter, as Li Meng contributed 14 points.

Li Meng and Sun Mengran's outstanding performances boosted Bayi to turn over the table in the third quarter.

Guangdong fought back hard, but Bayi put a dampener on their rally to nail the victory 94-90.

Li Meng had a team-high 30 points and 11 assists for Bayi, Sun Mengran and Liu Shuai combined with 43 points.

Huang Sijing, a forward for Guangdong, was banned in this match for a vulgar gesture toward the audience in game 3.