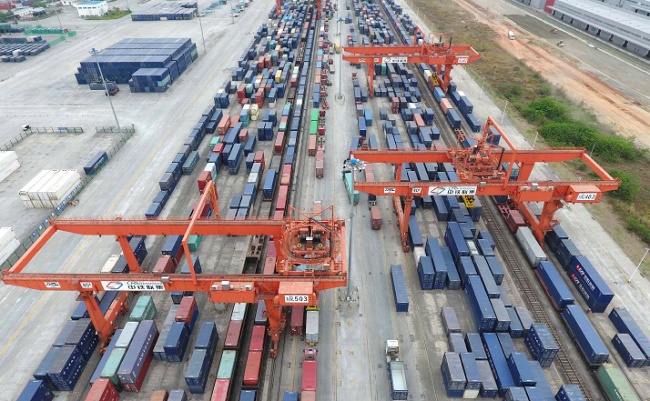 China could be the only economy to keep growing this year, according to a BBC article - China and trade: Breaking up is hard to do – published on Monday.

Global trade has been disrupted by the COVID-19 pandemic. However, China has responded to the situation by reassuring and giving businesses confidence to reopen, the article said, citing Steven Lynch, chief executive of the British Chamber of Commerce in China.

China very quickly gave tax incentives and support to companies with supply chains and manufacturing operations in the country to reassure them of their investments, Lynch said.

The country plays a very important role in the global supply chain. The article quoted a recent survey as saying 87 percent of companies of the world still use the Chinese mainland as one of their top 3 sourcing destinations.

China's appetite for high-tech goods is growing when other countries are cutting back.

"We cannot just give up this market", Taiwan-based industrial computer maker Advantech founder Chaney Ho was quoted as saying by the BBC.

China accounts for a quarter of Advantech's global business. Moreover, the country is still doing a lot of infrastructural expansion for 5G and high-speed train subway infrastructure, which requires a lot of industrial computers.

"This is not just good for Advantech, but also for a lot of other European companies too", Ho said.

BBC pointed out China is becoming one of the world's most important customers rather than the world's supplier, and global trade has been defined by China in the last few decades. That, the report said, is not going to change any time soon.