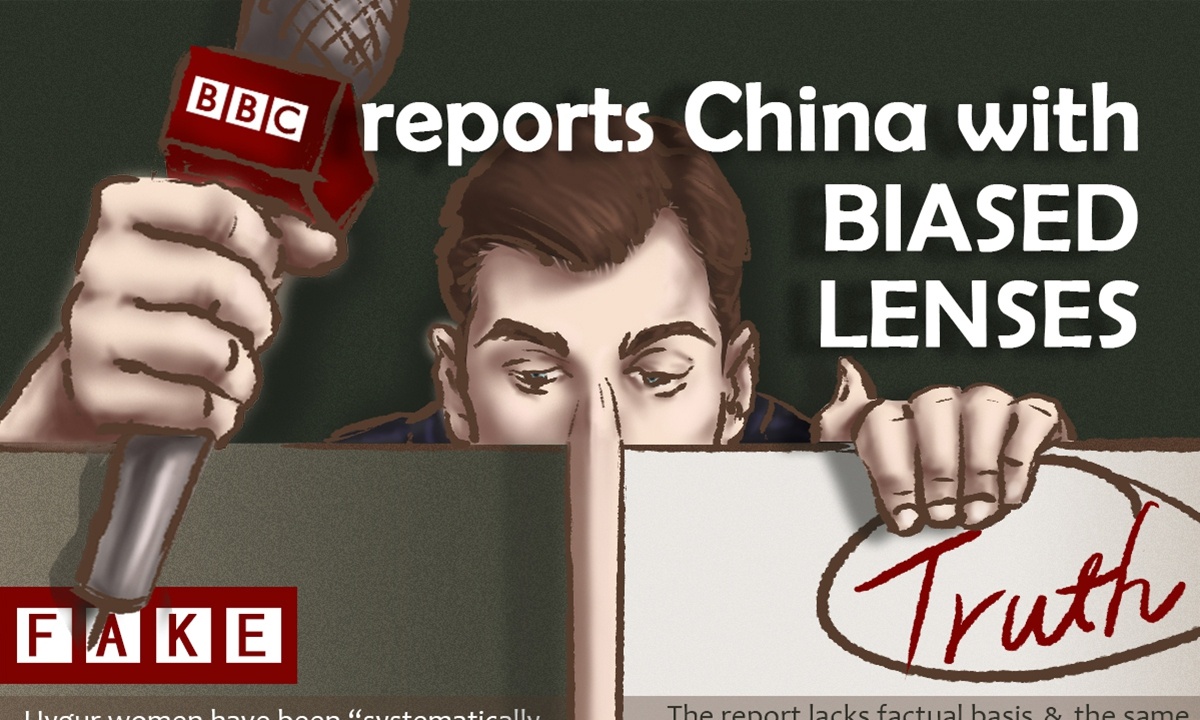 How does the BBC apply "results before evidence" principles when reporting on China? Graphic: Xu Zihe, Feng Qingyin/GT

Zhao Lijian made the comments in a routine press conference on Monday in response to revelations about Martin Bashir's 1995 interview with Princess Diana. Zhao quoted Michael Lord Grade, who was BBC chairman between 2004 and 2006, as saying that the BBC's "cover-up" had been worse than Bashir's behavior.

An independent inquiry into former BBC reporter Martin Bashir revealed the journalist had forged documents in order to secure an interview with Princess Diana. Bashir has since apologized and admitted his wrongdoing, but denied that the interview had any effect on Diana. Princess Diana's sons, Prince William and Prince Harry, blame the BBC and the interview for their mother's death, NPR reported on Sunday.

"BBC's interview reports on royal family members were quite improper. I'm afraid that the media's reports related to geopolitical ideology will only become more ugly and hypocritical," said Zhao.

Zhao said that BBC continued to cheat, as it is widely known that the agency has disseminated a great deal of false information on China, especially on Xinjiang issues.

BBC not only refrained from reminding and criticizing its reporters who had violated professional journalistic ethics, but also sheltered its employees, said Zhao, slamming that the media outlet "has no principles."

"We have noticed that the UK's Foreign, Commonwealth and Development Office provide operating funds for the BBC International Channel every year. And 8 million pounds has been allocated this year for dealing with the falsified information," said Zhao. He reminded the BBC to make full use of the money and correct the fake information made by the media itself.

The Chinese foreign ministry has once called the BBC "pathetic" to use its reporter John Sudworth's abnormal departure to threaten and blackmail China, stressing that China is the actual victim of BBC's fake reports.