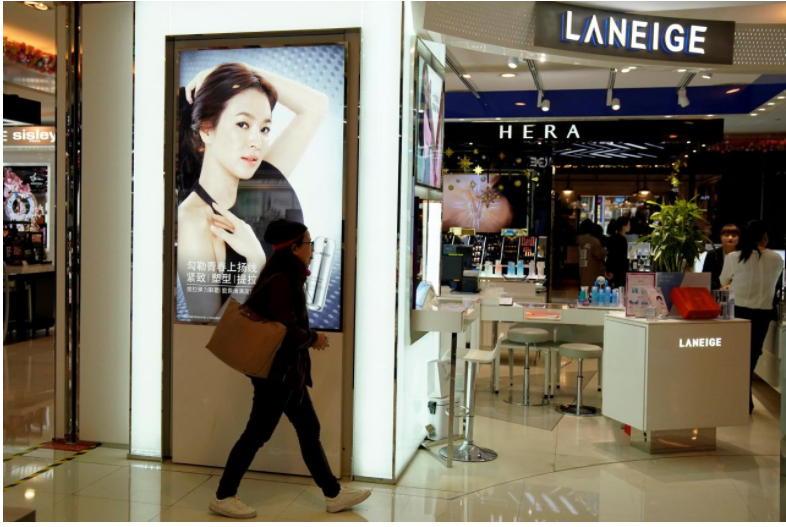 A woman walks past the window display of a cosmetic at a shopping mall in Shanghai, China December 1, 2017. REUTERS/Aly Song

One group of South Koreans have been very much in demand: the executives and employees of South Korea’s cosmetics companies, who are being lured by Chinese rivals as a battle for China’s huge beauty market heats up.

Chinese make-up brands including Jala, Proya (603605.SS) and Suhu - which have long trailed Korean rivals in terms of quality - are hiring South Korean executives as well as spending up on research and buying overseas firms, industry executives and headhunters say.

The moves seem to be helping.

Chinese brands, which compete with Korea names from top-rated Amorepacific (002790.KS) to nimble budget makers such as Clio (237880.KQ), are gaining market share in the mid-range and premium cosmetics sector where South Korea has traditionally had strength in China.

At stake is a bigger chunk of China’s $50.2 billion beauty and personal care market, which research firm Euromonitor projects will grow to $61.9 billion by 2020.

“In terms of the price position, they will be more in direct competition with the emerging Chinese brands who are moving up the price ladder,” said Yu, adding Chinese firms were “catching up very fast”.