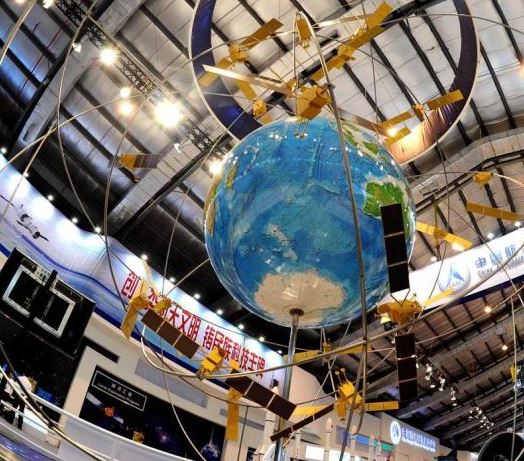 BEIJING, April 16 (Xinhua) -- The process of laying tracks for an intercity railway linking Beijing with Xiongan New Area is now applying the BeiDou navigation system, according to the Science and Technology Daily on Tuesday.

Track laying machines were installed with cameras to transmit operation videos along the tracks.

An intelligent control platform was established for transportation and scheduling of laying tracks to monitor machines running in real time and manage construction safety systematically.

The railway starts with Liying Station in Daxing District and passes through Gu'an and Bazhou before reaching Xiongan station in the southwest.

The Beijing section of the railway line is expected to become operational in September this year along with the Beijing Daxing International Airport, or the Beijing new airport.

The designed highest speed of the intercity rail link ranges from 250 km to 350 km per hour, said the newspaper. It will cut the commuting time between urban areas of Beijing and Xiongan from two hours to 30 minutes.

The positioning accuracy of the system has reached 10 meters globally and five meters in the Asia-Pacific region. Its velocity accuracy is 0.2 meters per second, while its timing accuracy stands at 20 nanoseconds.