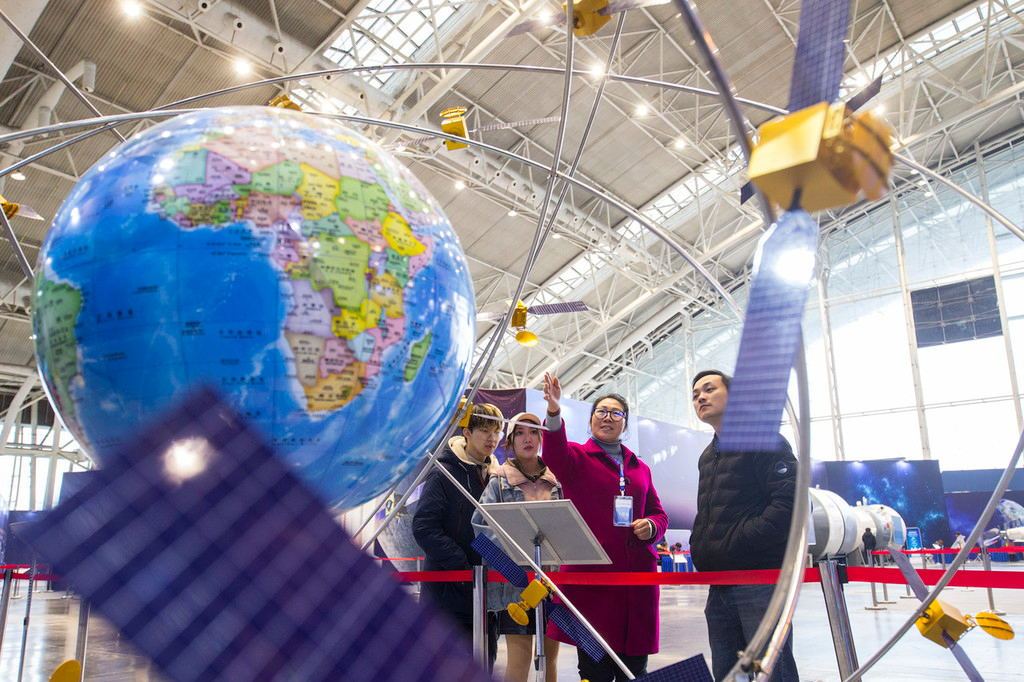 The domestically developed Beidou Navigation Satellite System has proved to be useful in a wide variety of public and business fields in China, said the China Satellite Navigation Office.

Amid the ongoing fight against severe floods ravaging regions along the Yangtze River, Beidou has enabled local authorities in provinces including Hunan, Shaanxi and Sichuan to undertake real-time monitoring of flood conditions.

Equipped with Beidou-based geological sensors, officials in disaster-prone regions can detect and forecast landslides or other abnormal geological movements and deliver early warnings to residents.

Ran Chengqi, head of the office, said that high-accuracy function is possible thanks to collaboration between Beidou satellites and the vast ground-based network of nearly 3,000 augmentation stations.

With the Beidou-enabled capability, even abnormal movements at the centimeter level can be detected in real-time, he noted.

Disaster relief workers can also use Beidou's unique messaging capacity, which allows users to send out messages of up to 1,200 Chinese characters each from places with poor signal strength or when fixed or mobile phone services are damaged by floods.

In addition, water management officials in Zhejiang and Anhui provinces are using Beidou's transmission channels to guarantee that flood data communication will not be interrupted by extreme weather or damaged infrastructure, the office said.

In the agricultural sector, Beidou-enabled functions are also used in at least 50,000 farm machines and have improved operational efficiency.

Cotton growers in the Xinjiang Uygur autonomous region have found it more efficient and cost-effective to deploy Beidou-navigated unmanned aircraft to spray farm chemicals rather than doing so manually, thus saving manpower, money and time.

Thanks to the high-accuracy positioning provided by Beidou, some grain and vegetable farmers in Heilongjiang province can now use computers or even mobile phones to control driverless farm machinery to carry out high-precision farming tasks.

In Guangdong province, a Beidou-guided rice planter is able to plant seedlings in paddies 50 percent faster than three farmers could.

In the transportation industry, Beidou functions have been applied in nearly 6.6 million taxis, buses and trucks around China. More than 3,200 navigation facilities along rivers and over 2,900 maritime navigation instruments employ Beidou services.

Moreover, over 70,000 fishing boats across the country have been equipped with Beidou terminals and at least 10,000 fishermen were rescued or received assistance over the past several years after they used a Beidou device to ask for help.

In the public security field, more than 400,000 portable terminals used by police across the country have Beidou-enabled positioning functions.

More than 70 percent of mobile phones registered in China are compatible with Beidou signals.

In China, the overall value of satellite-enabled navigation and positioning services in 2019 was 345 billion yuan ($48.5 billion), up 14.4 percent year-on-year.

More than 500,000 Chinese people work at about 14,000 domestic institutes and companies doing business related to Beidou and other satellite navigation and positioning services, according to the China Satellite Navigation Office.