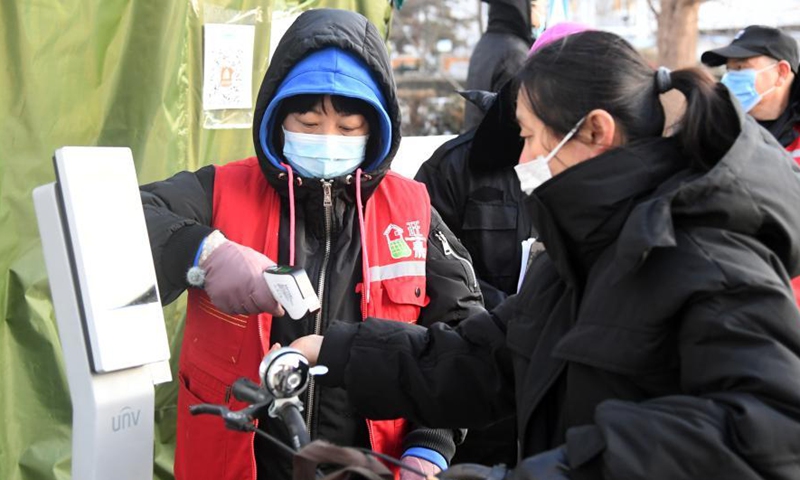 A community worker (L) measures body temperature for a resident at the entrance of the Hongcheng Huayuan residential compound on Wangquan Street, Shunyi District, Beijing, capital of China, on Dec. 29, 2020. (Photo: Xinhua)

After a whole-genome sequencing, it was determined that the infections are more likely to have the same infection source as the latest cases in the district, Pang told reporters, adding that there is no obvious link to the current outbreak in Hebei Province.

"A timely, comprehensive and authentic epidemiological survey is key to victory in the fight against the epidemic," said Zhi.

The man who was confirmed positive on Jan. 9 concealed his travel itinerary and refused to cooperate with the health authorities in the epidemiological survey, according to Zhi.

He called on all residents of Shunyi to fulfill their anti-epidemic responsibilities and go to nucleic acid testing sites for testing.