Beijing has administered 10 million doses of COVID-19 vaccine as of 9:30 am on Sunday since its inoculation drive began on January 1 targeting key groups. 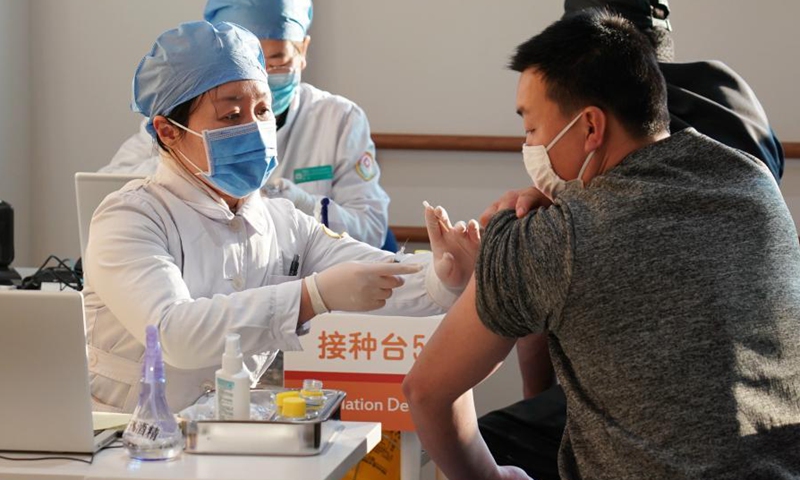 On December 31, 2020, Beijing health authorities announced plans to vaccinate nine key groups against COVID-19 by the Spring Festival, which fell in mid-February, with others being vaccinated afterwards.

Many districts in Beijing announced they had basically completed the inoculation of the key groups at around mid-February, reported The Beijing News.

After it basically finished the inoculation of key groups around the Spring Festival holidays, Beijing has launched a massive COVID-19 vaccination campaign, with many districts expected to complete the drive in May.

All the vaccines having been administered in Beijing are inactivated COVID-19 vaccine developed and produced by China, which requires two doses, and in principle, a gap of 21 to 28 days between the two doses is required.

Beijing has vaccinated some elderly people aged 60 and above, who have a need for vaccination and in a good physical condition, according to the country's overall arrangement, reported state media China Central Television.

The capital city will then carry out a comprehensive vaccination for the elderly based on the national plan, and arrange the vaccinations for people under the age of 18 judging from the progress of vaccine research and follow-up clinical trial results, and the unified requirements of the country, so as to gradually establish herd immunity.

China's CDC director Gao Fu recently said that based on current vaccine production capacity, the country is capable of vaccinating 900 million to 1 billion people between the end of 2021 and mid-2022 to reach herd immunity amid the global epidemic.