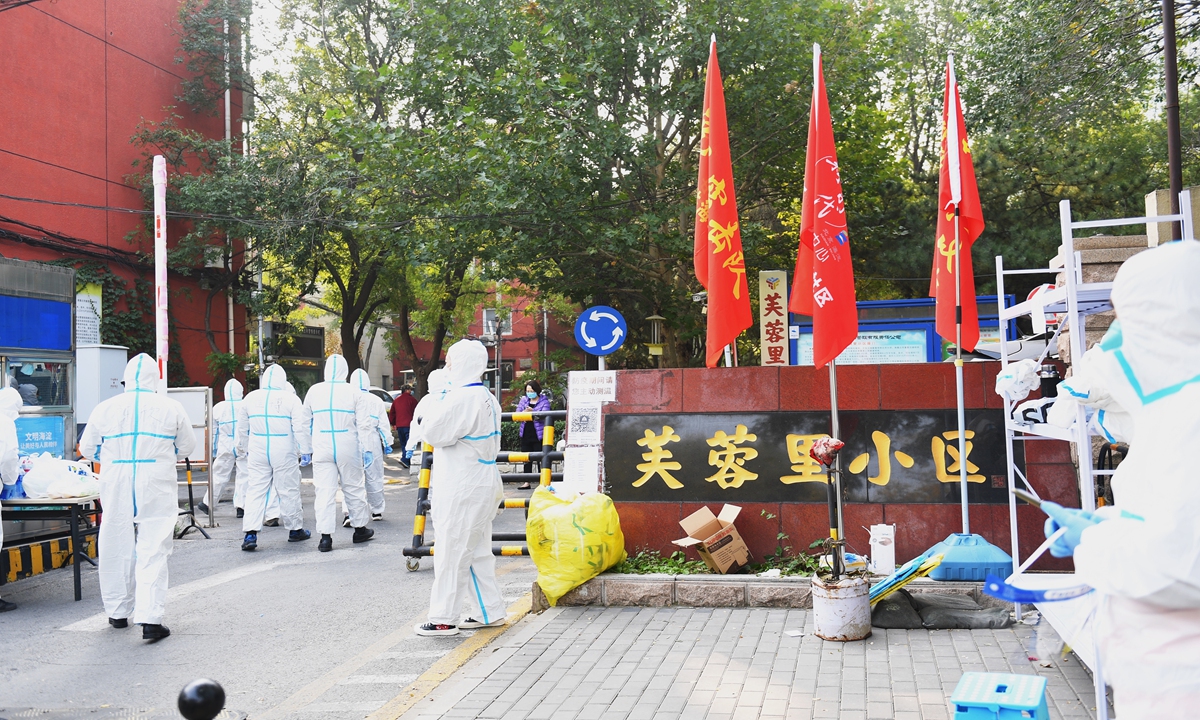 Beijing on Monday stepped up its management of personnel leaving or arriving into the capital city amid dual pressure from imported COVID-19 cases and domestic flare-ups. In addition, the city's residents are being advised to not leave Beijing unless necessary and not travel to high- and medium-risk regions where confirmed cases have been reported, Beijing authorities announced on Monday.

People from key venues and industries are required to take nucleic acid tests immediately after they return to Beijing, and only with negative reports can they go back to work, Beijing authorities said during a press conference on Monday.

The capital city reported one new local confirmed COVID-19 case and 1 asymptomatic case between 4 pm Sunday and 3 pm Monday. So far, Beijing has one high-risk and one medium-risk residential community, while the rest of the city's regions remain low-risk.

People who have traveled to counties or districts within 14 days where one or more local cases have been reported will not be issued a green health code. They are banned from travelling to Beijing and are asked to stay where they are and follow the local anti-epidemic protocols.

The country's airports, railway stations and long-distance bus stations will all strengthen monitoring over Beijing-bound passengers. People who do not have green health codes are not allowed to board Beijing-bound trains or planes, the authorities said.

Those who refuse to cooperate with epidemic prevention management, and conceal related travel and contact histories will be investigated for legal responsibility, and be reported publicly, in order to enhance the public's awareness of epidemic prevention, according to the authorities.

Tourist sites, parks, theaters, museums and other culture and entertainment venues will cap their total number of entrants at 75 percent of their capacity. Cross-provincial tourism will be suspended and the suspension of inbound and outbound travel services will continue temporarily.

Infections found in Beijing involved two self-driving tour groups. One of the groups didn't report their travel histories in time. The five-member group went to buy medicine themselves after returning to Beijing as some had showed COVID-19 symptoms during their trips and also organized 8 people to play mahjong twice at home, Pang Xinghuo, deputy head of Beijing CDC said on Monday's press conference. So far, five cases were found among the tour group's 1,534 close contacts.

The other tour group with four members had reported to the community in time after returning to Beijing, and all were under quarantine at home and lived separately with their family members. So far, one case was found among their 310 close contacts, Pang said.