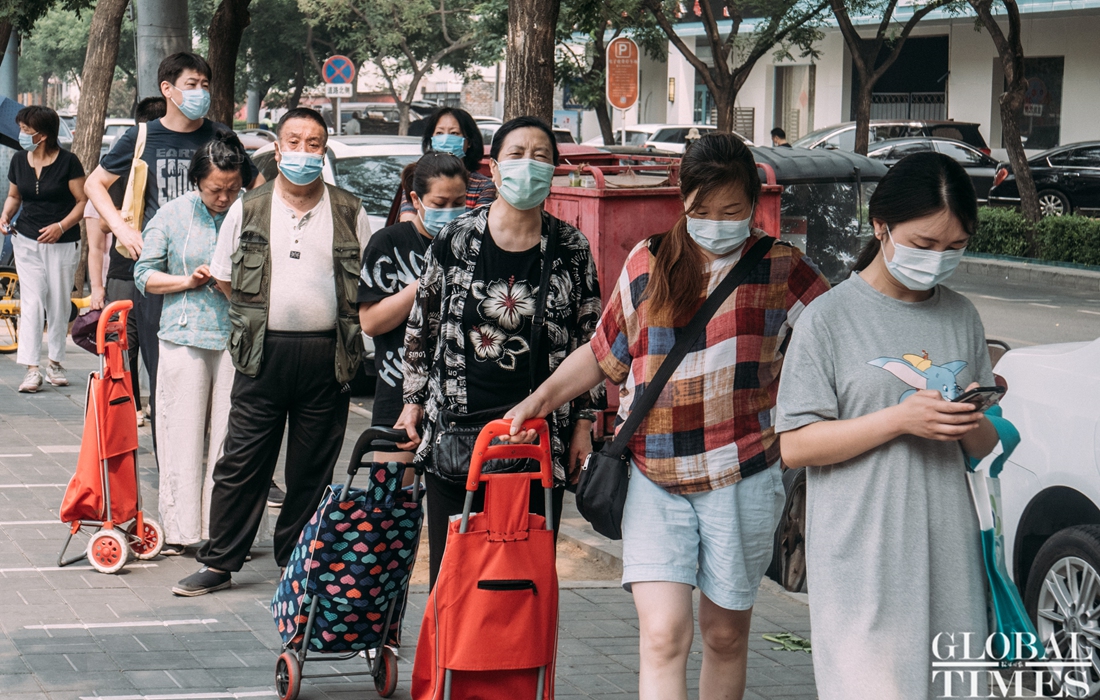 A shuttle bus driver at Beijing's civil aviation airport shuttle bus company has been confirmed to be infected with the novel coronavirus, officials revealed at a Beijing press briefing on Sunday.
The man, aged 56, who lives in Yongning Hutong in Beijing's Xicheng district, visited Xinfadi market on June 3. He felt discomfort two days later, which developed into a fever on Friday.
He visited Xuanwu Hospital, People's Hospital and Haidian Hospital on Friday, and was eventually diagnosed as having COVID-19.
This patient has not been to work in months, so he has had no contact with any travellers, the Beijing News reported on Sunday.
Beijing's largest vegetable wholesale market Xinfadi was shut down on Saturday after dozens of new domestic COVID-19 cases were all found to be linked to it.