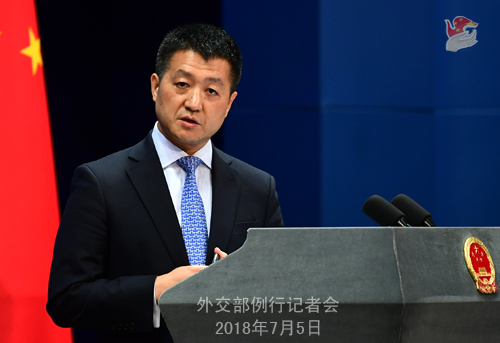 China said it appreciates Air India’s move to replace “Taiwan” with “Chinese Taipei” on its website,  a spokesman said on Thursday.

The change shows the Indian national carrier respects the fact that there is only one China in the world and Taiwan is an integral part of China, Lu Kang, Chinese foreign ministry spokesman, said at a regular briefing in Beijing.

Lu stressed that it’s a fundamental obligation for all foreign businesses in China to respect its sovereign rights and territory integrity and comply with Chinese laws.

Lu’s remarks came shortly after an Air India spokesperson confirmed that the carrier modified the reference to Taiwan on its website to follow an advisory from the country’s ministry of foreign affairs.

Though Air India doesn’t operate any flights to the island, it shares its code with Air China, the flag carrier and one of leading airlines in China.

Dozens of foreign airlines received a letter from the Civil Aviation Administration of China (CAAC) in April, demanding that they honor the one-China principle and refer to Taiwan, Hong Kong and Macau as Chinese territories.

Indian media reported that CAAC reached out to Air India’s Shanghai office, expressing its concerns and seeking action within 30 days.

Air India is not the first international airline which has followed CAAC’s request. In June, Japan’s two largest airlines, Japan Airlines and All Nippon Airways, modified “Taiwan” to “China Taiwan” on their Chinese-language website.