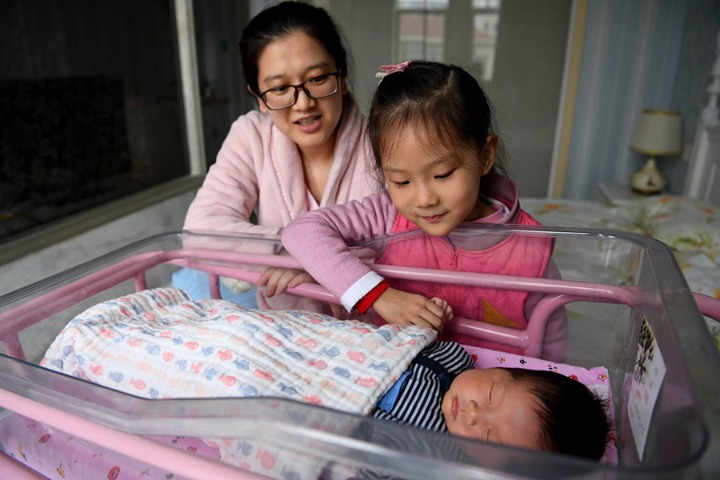 A mother and her daughter watch over the family's newborn baby at an infant healthcare center in Hefei, Anhui province. (Photo: Xinhua)

Door-to-door visits are of great significance ahead of the national population census registration that will start on Nov 1 this year as census workers will get a clear picture of the area's housing statistics and inform residents of the upcoming census.

Apart from the visits, workers will also draw maps of census zones, and report the population size and basic demographic data such as the name of the head of the household every day.

The census will be carried out using portable digital devices, and the respondents' data will be uploaded to the database of the National Bureau of Statistics with encipherment protection simultaneously.

China conducts a national population census every 10 years. The last census in the world's most populous country found its population had increased to 1.37 billion.