CHINA Beijing bracing for biggest rainstorm of the summer

Beijing bracing for biggest rainstorm of the summer

BEIJING, Aug. 12 (Xinhua) -- Authorities in Beijing are canceling flights, closing parks and alerting residents as the Chinese capital girds for what was predicted as the heaviest downpour since the start of this year's flood season. 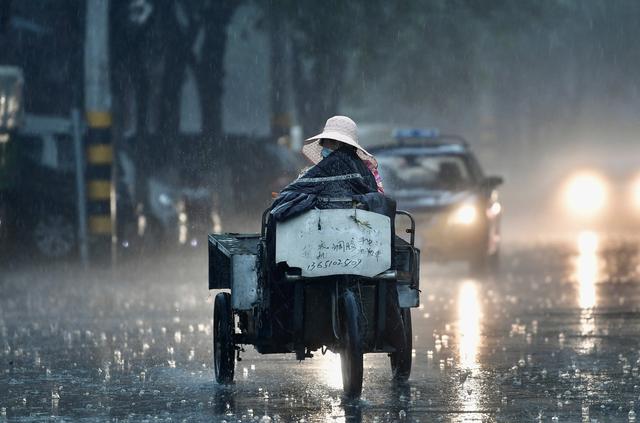 Beijing Public Transport, the operator of the capital's bus fleets, said it will halt service on 105 bus routes in mountainous areas in suburban Beijing on Wednesday.

On Tuesday, Beijing meteorological authorities issued a yellow alert for rainstorms, forecasting that torrential rain would batter the Beijing-Tianjin-Hebei region between Wednesday and Thursday.

Since Tuesday afternoon, Beijing residents have been receiving text messages from the city's flood control office advising them to avoid going out and work from home if possible.

The city's meteorological service in its latest statement also forecast thunderstorms, gales and hails that may continue into Thursday. It said the rain on Wednesday morning was mild, but heavier rainfall was still "on the way" and may cause disruption during the evening rush hour.

The Beijing Drainage Group, the city's drainage system operator, said it initiated a top-level response to the rainstorm, putting 3,090 workers on standby to tackle any rain-induced flood promptly.

The company said Wednesday it had run a check on the city's drainage facilities, including pumping stations and street drain grates. Pumping stations have been ordered to release storage tanks in advance to prepare for the heavy precipitation.

The city closed its parks and tourist sites on Wednesday out of safety concerns. Authorities also issued a flood alert and asked residents to stay away from the city's rivers.