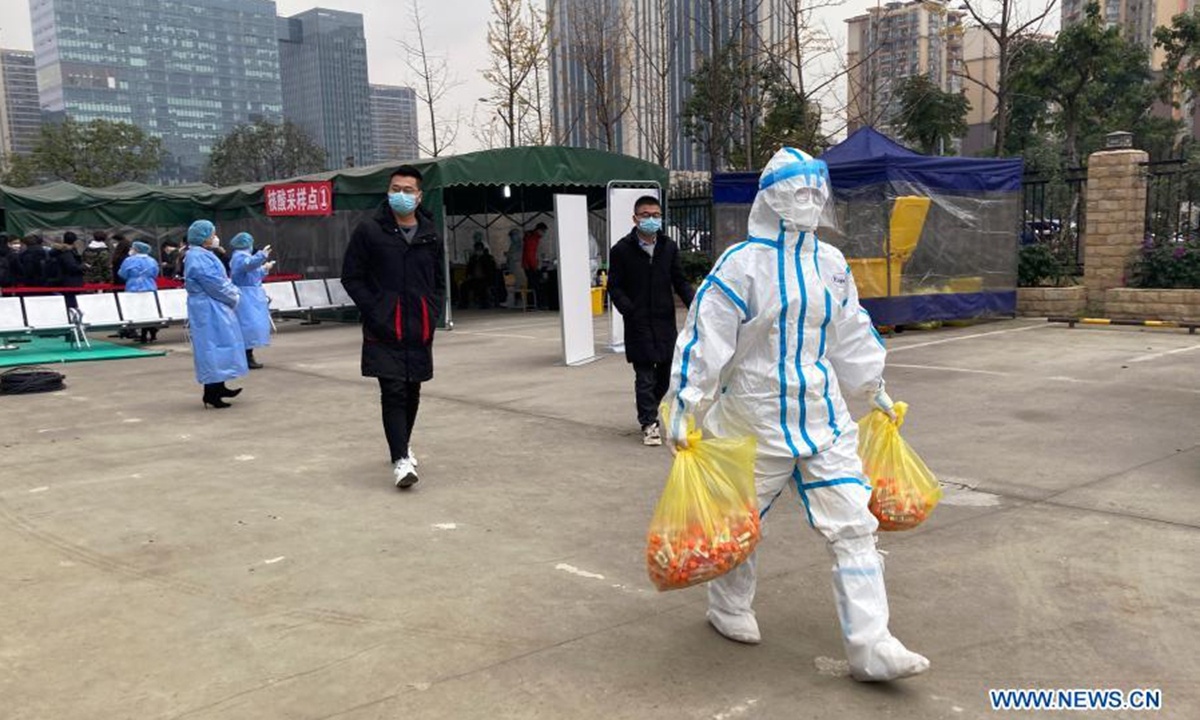 The Beijing municipal government said its latest round of the #COVID19 epidemic situation in the city is being brought under control. The local government of Shunyi district in the capital has sent 1,924 close contacts of confirmed cases to 15 hotels that are designated for quarantine as of 15:00 Saturday.

Xu Hejian, a spokesperson from the municipal government, made the remarks at the city's 199th press conference regarding COVID-19 epidemic prevention and control work on Saturday.

The city also added Henan village in Renhe Town of Shunyi district as another "COVID-19 medium-risk area," bringing the number of medium-risk areas in the capital to seven, Pang Xinghuo, deputy director of the municipal center for disease prevention and control, said at the conference.

From 0:00 to 24:00 on Friday, Beijing reported one more confirmed case, who is a driver for an online car-hailing platform. The driver was quarantined on December 26 as a close contact of a confirmed case and tested negative on December 27, but he tested positive on December 31 (Thursday), and on the same day, was transported to Beijing's Ditan Hospital, Pang noted.

At present, 58 close contacts of the driver have all been quarantined for medical observation, Pang said.