Saturday marks the start of the three-day Dragon Boat Festival holiday, also known as the Duanwu Festival. The Beijing Municipal Commission of Transport has seen a high demand for travel to the suburbs of the city and other short- and mid-distance destinations. During the festival, highway traffic is expected to reach an average of 2.6 million cars per day, lower than the toll-free period during the Qingming Festival and May Day holiday. 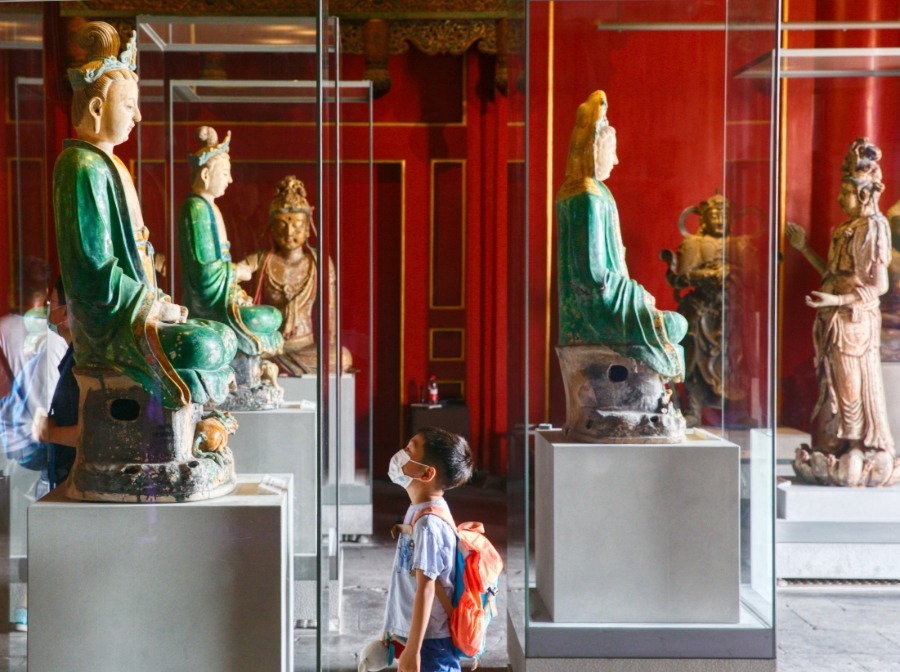 A child visits the exhibition hall of the Palace of Compassion and Tranquility in Beijing's Palace Museum on Tuesday. (Photo: China Daily)

Production and lives in Beijing are moving back to normal, and residents’ desire for traveling is rising, due to efficient and well-grounded epidemic control measures.

Trips to the suburbs of Beijing and other short distance trips are expected to remain in high demand, said the local Municipal Commission of Transport.

Beijing will continue its 75 percent cap on the number of tourists in parks, and push for normalizing an advance booking management system across all of its city parks during the holiday.