Beijing municipal authorities announced on Monday that the only high epidemic risk area, Huaxiang, located in Fengtai district, lowered its risk level to medium, bringing the total number of medium-risk areas in the capital to seven. 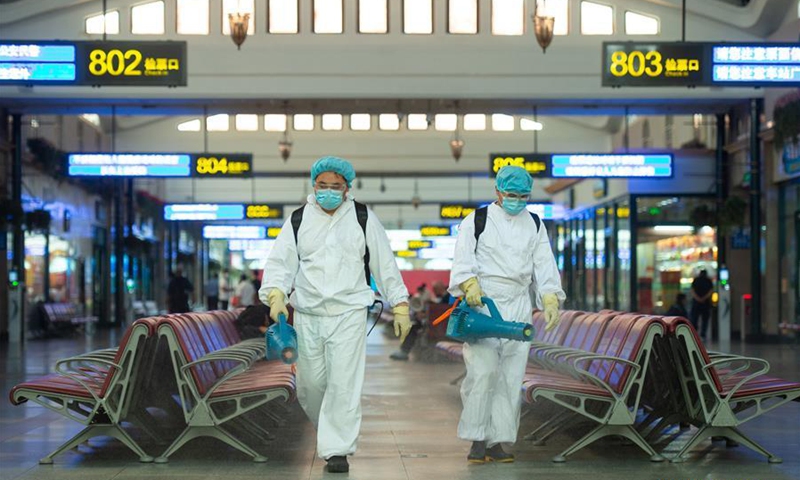 The current epidemic situation in the capital is improving and the situation is more predictable, but the epidemic is not over yet, Xu Hejian, a spokesperson for the Beijing municipal government said at Monday's daily briefing.

Xu said Beijing will not relax its mentality and standards in its epidemic prevention and control efforts.

Regular and precise prevention and control measures will be maintained, especially in densely populated areas where daily protection such as temperature monitoring and environmental disinfection and sterilization will continue. The capital city reported zero new COVID-19 cases, zero suspected or asymptomatic infections on Sunday, marking the seventh consecutive day of no newly confirmed cases, according to the municipal health commission.

From an epidemiological point of view, only when there are no new cases within two incubation periods, that is, 28 days, could it prove there is no virus present, an expert from Beijing CDC had said.

Since June 11, when the first case connected to the Xinfadi market was reported, Beijing has seen a total of 335 infections, of whom 109 have been cured and discharged from hospitals. Another 226 are still hospitalized and 18 asymptomatic infections are under medial observation.

Anyone around the country holding a green healthy QR code and whose body temperature is normal can enter and exit Beijing, apart from those people from high- and medium-risk regions. Nucleic acid tests are not required.