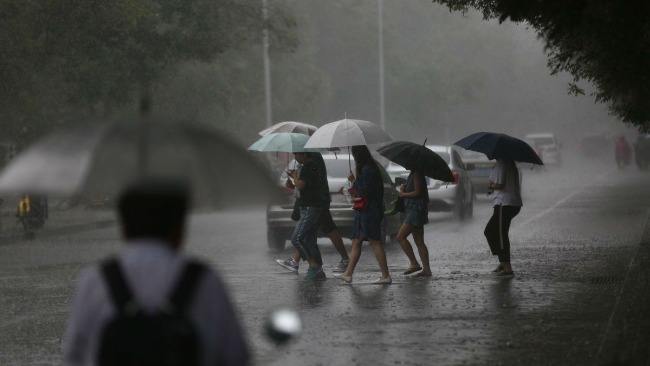 BEIJING, Aug. 12 (Xinhua) -- Beijing temporarily closed all its parks and tourist sites on Wednesday as a precaution in the face of the heaviest rainstorm this summer, the Beijing Gardening and Greening Bureau said.

Parks, including the Summer Palace, Tiantan (Temple of Heaven) Park, and Beijing Zoo, have all been shut down and their reopening time will be announced later, according to the Beijing Municipal Administration Center of Parks.

Tourists can cancel their tickets and get refunds online, it said.

The Beijing Gardening and Greening Bureau has stepped up efforts to cope with possible damages caused by the torrential rain in urban and mountainous areas. All landscaping projects except for those in special conditions were ordered to suspend operations and workers were asked to take shelter in safe places.

The heaviest rain since the beginning of the flood season is expected to hit the Beijing-Tianjin-Hebei region on Wednesday, the Beijing Meteorological Service said Tuesday.

At 5:40 p.m. on Tuesday, Beijing meteorological authorities issued a yellow alert for rainstorms. From Wednesday to Thursday, torrential rains and rainstorms are expected to lash the region.