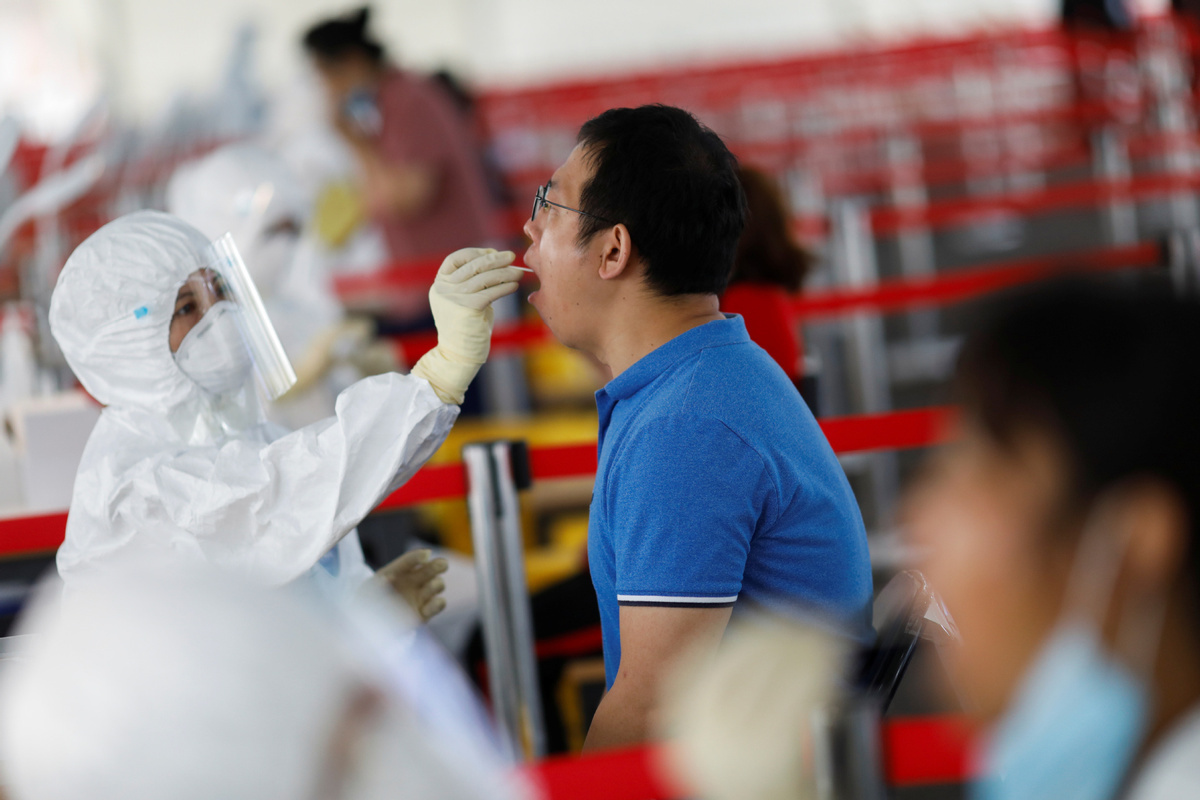 A medical worker in a protective suit conducts a nucleic acid test at a testing site in Beijing, on June 24, 2020. (Photo: Agencies)

Beijing reported one newly confirmed imported case of COVID-19 on Tuesday, according to the Beijing Municipal Health Commission on Wednesday morning.

The new case is a family member of the previous imported COVID-19 case from Indonesia who was confirmed on July 27.

The previous case involves a 63-year-old male from Indonesia. He flew from Jakarta to Hong Kong and then to Beijing on July 26. He was quarantined upon arrival, as he was coughing. On July 27, he tested positive.

No new local cases, suspected cases or asymptomatic cases were reported for Tuesday.

From June 11 to Aug 4, the city reported 335 confirmed local cases related to Beijing's Xinfadi wholesale market in Fengtai district, and of them, only one is still hospitalized and 334 were discharged from the hospital after recovery.