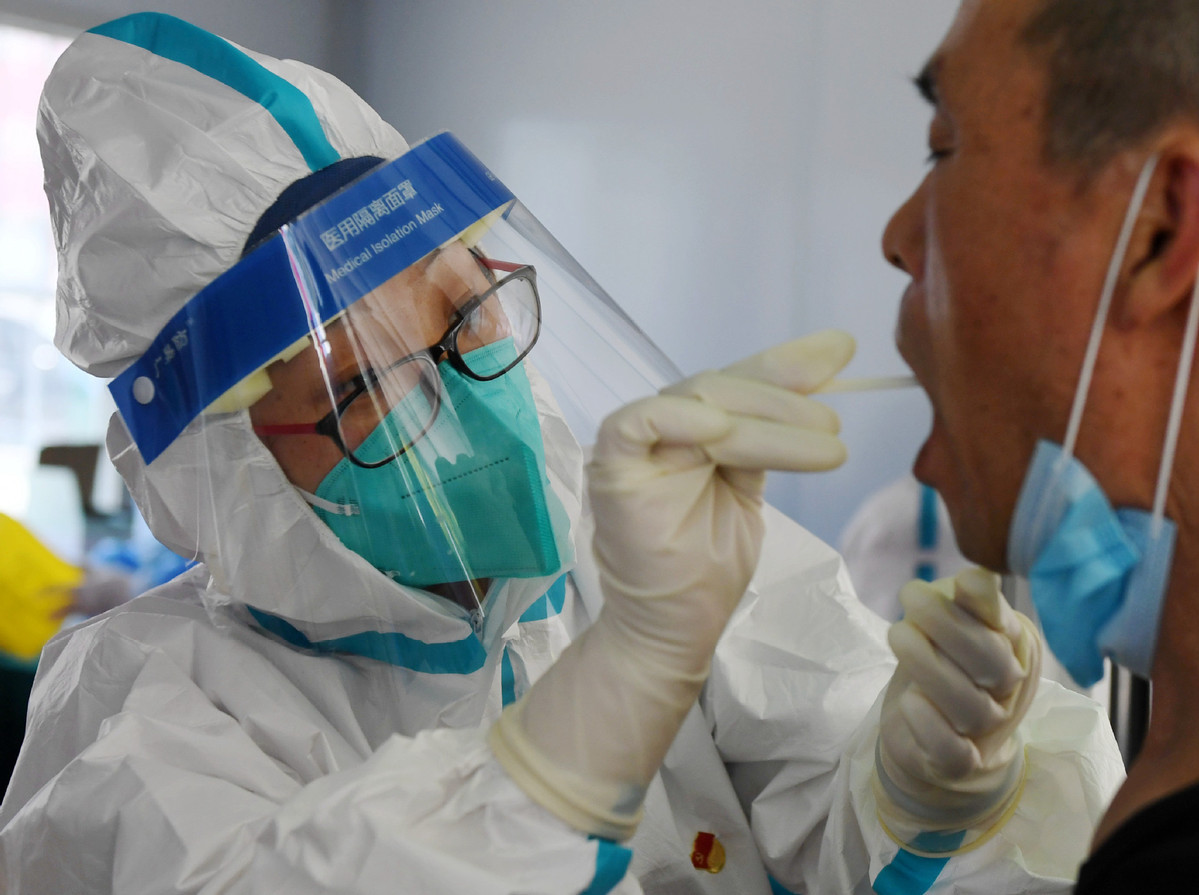 A medical worker collects a throat swab from a man at a nucleic acid testing site in Tongzhou district of Beijing, on July 19, 2020. (Photo: Xinhua)

Beijing has confirmed a local case of COVID-19 related to Dalian, Liaoning province, where a new cluster of infections was identified recently, the municipal Health Commission said on Friday morning.

The new case involves a family member of a person who was confirmed infected on July 27. The newly discovered infection was found during a quarantine period, and the person was sent to a designated hospital for treatment.

No suspected cases or asymptomatic cases were reported for Thursday in Beijing.

From June 11 to Aug 6, the city reported 335 confirmed local cases that were related to Beijing's Xinfadi wholesale market in Fengtai district. As of Thursday, all of those people had recovered and had been discharged from the hospital.