The number of COVID-19 infections in Beijing has continued to trend upward in recent days, and the epidemic control and prevention work is still at a critical stage, a senior official said on Wednesday. 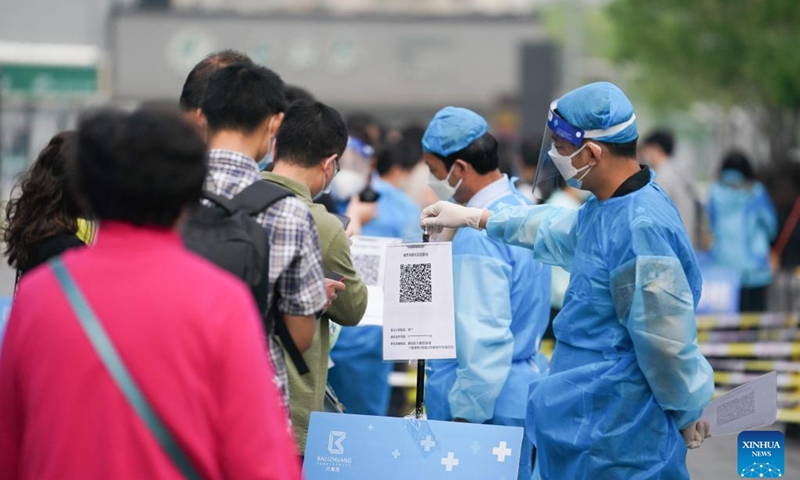 Xu Hejian, spokesman for the municipal government, said at a news conference on Wednesday the city's epidemic situation is still developing.

"Beijing will continue to strengthen accurate and scientific prevention work to cope with the situation," he said. "Meanwhile, the government will improve the data base of permanent residents and cross-city commuters to provide better service for the public."

Beijing is taking strict measures to reduce risks at the community level. Key areas with high infection risks should continue mass nucleic acid tests in order to discover the hidden infections as early as possible, and people who are self-quarantined at home should reduce contact with other family members to prevent infection, Xu said.

Beijing recorded 179 new local cases between midnight and 3 pm Wednesday, among whom 32 were detected at the community level according to Liu Xiaofeng, deputy director of the Beijing Center for Disease Prevention and Control.

During the same period Chaoyang district, the hardest-hit area in the capital, reported 94 new local COVID-19 cases, among whom 21 were detected at the community level.

"During the epidemiological investigation, the authority found out some infected people didn't wear masks in crowded places or failed to take tests accordingly, which has added difficulties to virus control and prevention work," Liu said.

Many shopping centers and office buildings in Chaoyang have started to require people to show negative nucleic acid testing results from within 24 hours before entering on Wednesday.

Yin Li, Beijing's newly appointed Party chief, paid an inspection visit to the city's epidemic control and prevention departments on Tuesday afternoon, saying the authority should take swift action to curb the spread of the virus and ensure people's health and safety.