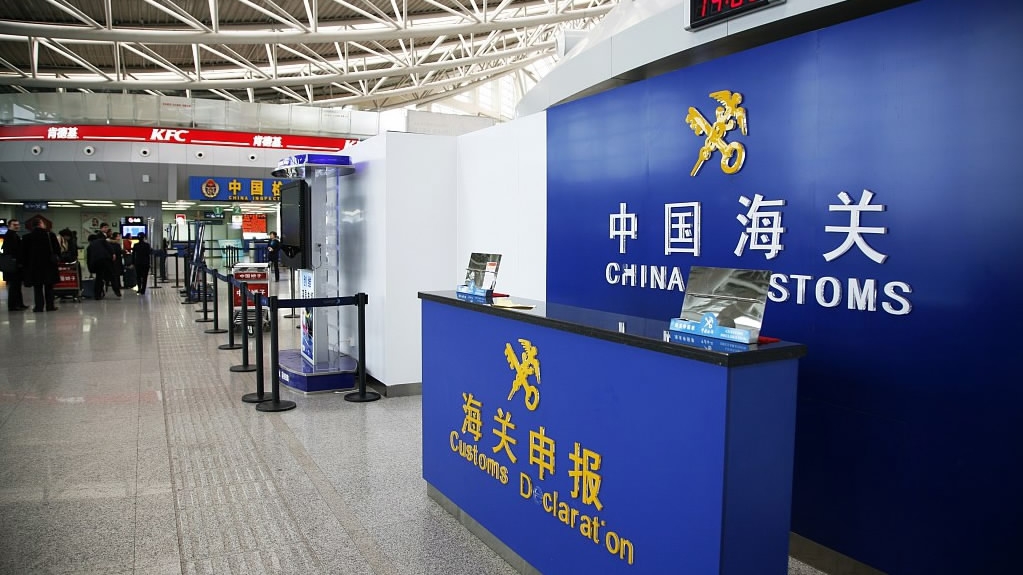 BEIJING, March 28 (Xinhua) -- More than 70 fossils seized by Beijing customs in recent years were handed over Wednesday to the Beijing Museum of Natural History.

The fossils, aged between 5 million and over 500 million years old, involve various species such as trilobites, sea urchin, tortoise and deer skulls. Among them, a fossil of a Sinoceras, a sea animal living about 450 million years ago, was a highlight.

Measuring more than 2 meters long, the unique Chinese Sinoceras fossil can be used to determine the geological age of strata.

The Beijing Museum of Natural History, owned by Beijing Academy of Science And Technology, is capable of restoring, researching, exhibiting and promoting popular science education of paleontology fossils.

Fang Li, the committee secretary of the academy, said the fossils will be registered, numbered, restored and identified as soon as possible.

"Handing over the seized fossils to the museum for exhibits and scientific popularization will not only prevent the loss of precious fossil resources but also improve public awareness on fossil protection," said Xu Fuhua, deputy chief of Beijing Customs.

Paleontology fossils refer to the body and trace fossils of animals and plants formed and preserved in the earth during any geological period of history.

Individuals or organizations may face criminal charges if they transport, mail or take fossils out of the country without approval, according to China's regulation on the protection of paleontology fossils.