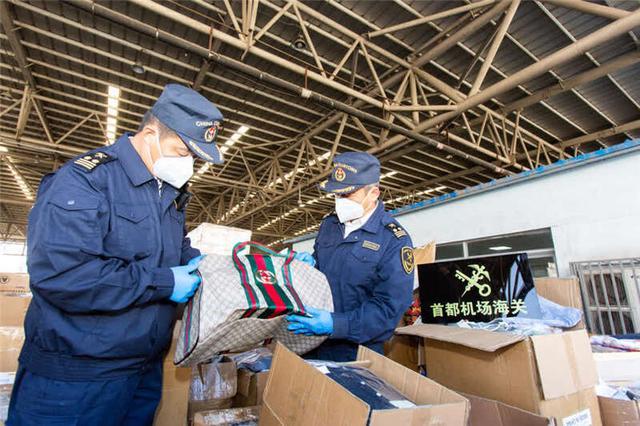 Beijing Customs recently solved the biggest case of intellectual property rights infringement since the beginning of this year, with the seizure of more than 60,000 counterfeit items, the General Administration of Customs said on Wednesday.

The seized goods, including glasses, bags, clothing and sneakers, allegedly infringed on 18 famous trademarks already registered at the administration, such as Gucci, LV and Chanel, according to a statement posted by the authority on its official WeChat account.

It said the products were declared by a company in Linyi, Shandong province, for export and seized at Beijing Capital International Airport on Sept 30.

All the products were in poor packaging and their declared prices were much lower than authentic ones, it added.