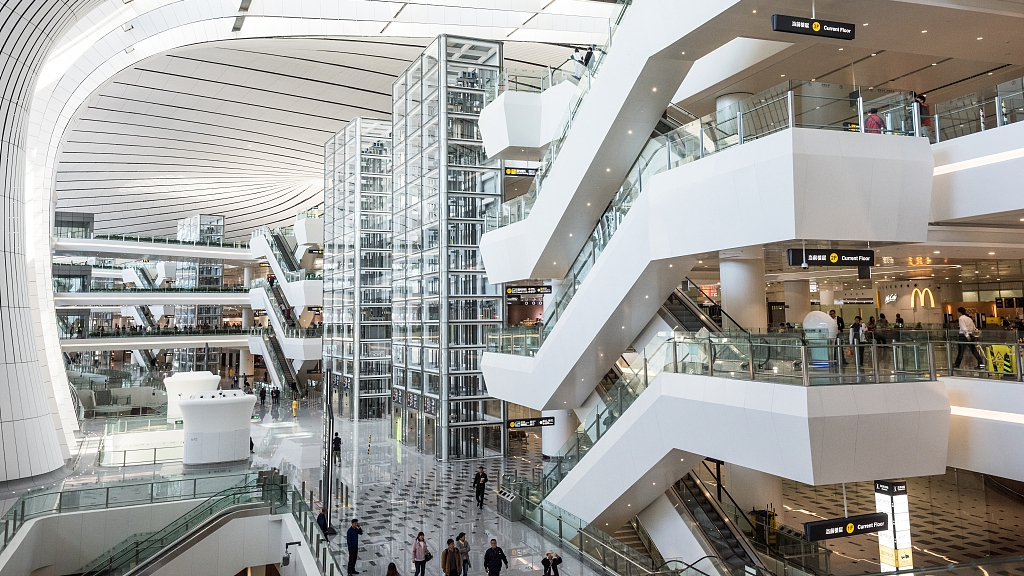 The interior of the Daxing International Airport. (Photo: VCG)

From September 25 to October 10, a total of 1,237 flights served about 187,000 passengers at the airport, said Liu Chunchen, an official with the Civil Aviation Administration of China (CAAC).
Starting from October 27, the number of airlines operating at the airport will reach 15, including seven domestic airlines and eight overseas airlines, driving the average daily volume of flights to 280.

Apart from being an integrated transportation hub, the airport had been a popular tourist destination during the past week-long National Day holiday, attracting a total of 470,000 visitors. The number of visitors peaked on October 3 at 107,800, 24 times the number of departing passengers.

A series of sightseeing facilities will be designed and constructed at the airport by learning from the experience of developed countries, said Liu.
China's civil aviation sector expanded at a steady rate in the first nine months. A total of 500 million passenger trips were made in the first three quarters, up 8.7 percent from the same period last year, according to the CAAC.

September saw 54.8 million passenger trips handled by the sector, of which 6.06 million were made on international routes, with a year-on-year growth of 20.5 percent.