Beijing rejected the decision on Wednesday by the US State Department to designate five major Chinese news agencies operating in the US as "foreign government functionaries". 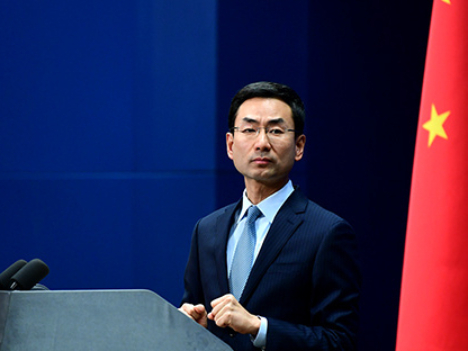 "We urge the US to immediately stop ill-advised measures and we reserve the right to take further measures in response," Foreign Ministry spokesman Geng Shuang said at the ministry's online press conference.

They will be required to report all personnel to the State Department and register any property holdings, whether leased or owned, according to US media reports.

Geng, ministry spokesman, said media play an important role like a bridge or bond facilitating communication and understanding between people of different countries.

Chinese media's resident offices in the US have long been covering news following the principle of objectivity, impartiality, truth and accuracy, he said.

"They have helped promote mutual understanding, communication and cultural exchange between our two countries," Geng said, noting the US is wantonly restricting and thwarting Chinese media outlets' normal operation there.

"This is unjustified and unacceptable. We urge the US to discard its ideological prejudice and Cold War zero-sum game mentality, and stop ill-advised measures that undermine bilateral trust and cooperation," he said.