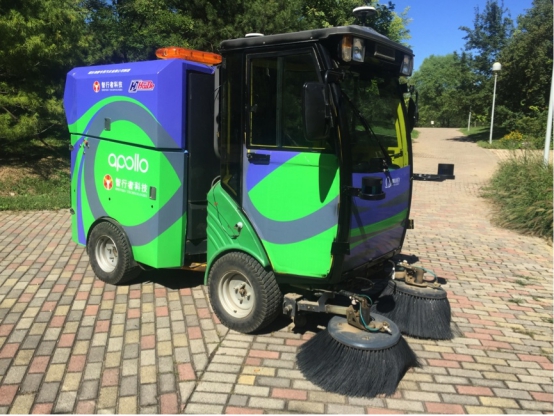 BEIJING, Oct. 3 (Xinhua) -- A series of self-driving sanitation vehicles were recently unveiled in Beijing and are expected to save the workloads of sanitation workers.

Among them four models are designed for outdoor use, including in squares, parks, industrial parks and living areas. Three models are mainly used in shopping malls, airports and exhibition halls.

"They have 'eyes' and 'brains.' The eyes refer to sensors located on the top as well as the body of the vehicle, allowing them to sense peripheral objects at 360 degrees. The brains refer to deep learning algorithm control technology, which make the optimal path plan according to the real-time environment and high-precision map," Xue said.

The vehicles can also be connected with a mobile phone app to conduct regular and fixed garbage collection and transportation.

"The vehicles are expected to improve the efficiency of sanitation works. On average, a single vehicle can clear 25,000 square meters of roads in an hour, equal to the workload of 10 to 20 sanitation workers," Xue said.

The vehicles can be put into practical use after they get approval from relevant departments, according to Beijing Sanitation Group.