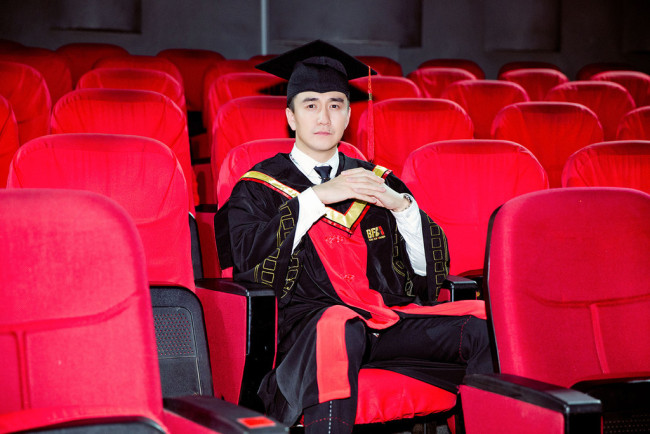 Education authorities in Beijing have launched an investigation into actor Zhai Tianlin, who has received high-profile plagiarism allegations.

The Education Work Committee of the CPC Beijing Municipal Committee and Beijing Education Commission have sent an investigative team to the Beijing Film Academy, where Zhai obtained a Ph.D., to look into the case, the university said in a statement on Thursday.

Zhai, 32, is also a postdoctoral candidate at Peking University. He found himself in hot water on social media after a Sina Weibo blogger accused him of plagiarism last week.

The university launched its own investigation on Monday. It has finished preliminary evidence collection and notified Zhai about the investigation, the statement said.

The university has zero tolerance for academic misconduct and will look into other matters uncovered by netizens.

Zhai raised a flurry of chatter online in August when he said in a live video appearance he did not know what the China National Knowledge Infrastructure was. CNKI is the largest and most widely used online academic library in China for university students writing theses and dissertations.

The post by the Sina Weibo blogger claimed one of Zhai’s papers published in an academic journal was uploaded to CNKI and the similarity score for the 2,783-word article was 40.4 percent.

Zhai’s studio said on Friday he obtained a Ph.D. from the Beijing Film Academy in June, and all his academic papers and his dissertation were written by him under the guidance of supervisors.

He has met all graduation requirements from the academy and is willing to be held responsible for any academic misconduct, the studio said.

Netizens later found Zhai’s supervisor Chen Yi, former director of the performance institute of the Beijing Film Academy, only has a bachelor’s degree and has not published any academic papers. However, doctoral supervisors at the university are supposed to have a doctoral degree and publish at least eight academic papers and two academic monographs within five years.

“After I have starred in a few films and TV series, I have become full of myself and forgotten honesty is the most important principle,” he said.

“Vanity has misguided me and I brought this attitude into writing academic papers. I will withdraw from postdoctoral research at Peking University and I am deeply sorry to my school, teachers, fans and the public.”