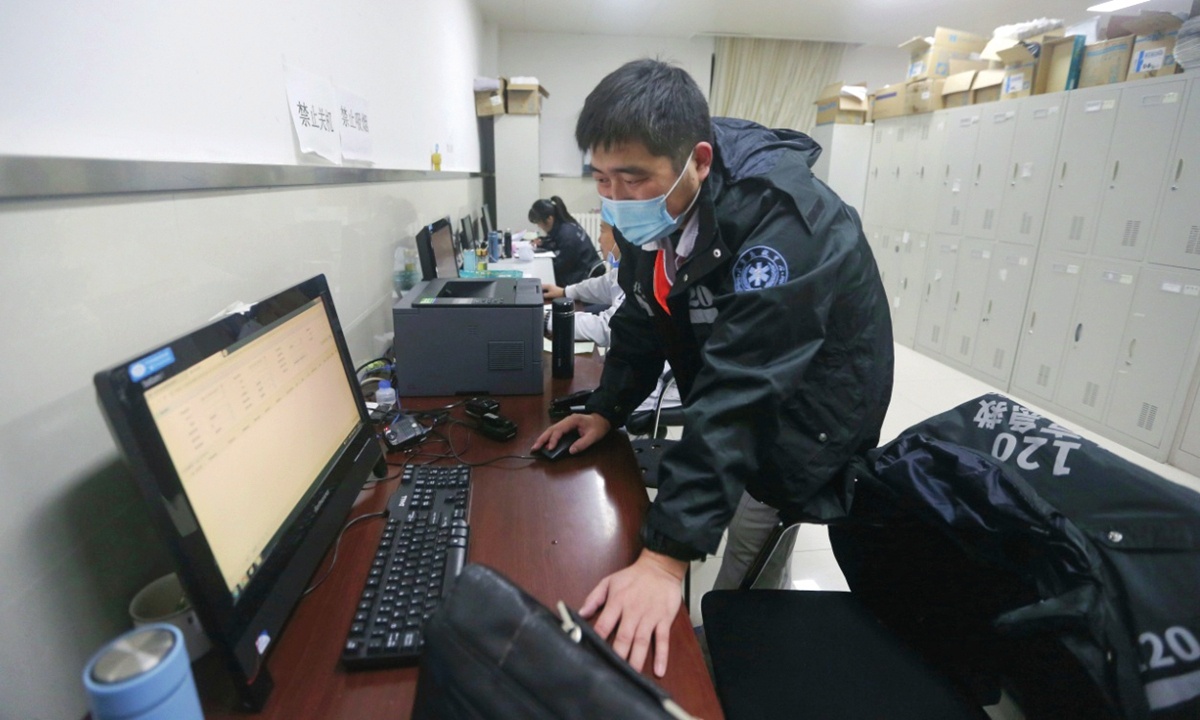 Chen Jie, a doctor from the Beijing Emergency Medical Center, is preparing the ambulance before setting off. (Photos: GT)

While the capital is shivering amid a record-breaking winter cold and most people are reluctant to step out of their warm rooms, a group of emergency medical staff are on high alert, guarding the city during the night and rushing to their destination whenever the phone rings.

They are night crew members of the Beijing Emergency Medical Center (BEMC).

Every ambulance has a crew of four or five people, including a doctor, a nurse, a driver and one or two stretcher-bearers.

On Friday night, Chen Jie, a doctor with the BEMC, was on duty with his crew members. This year, due to the COVID-19 epidemic, they have a new working procedure.

When nurse Gao Xiongfei in Chen's team was attaching a heart monitoring device to an 80-year-old man suffering from persistent nasal bleeding, Chen was instructing the man's wife to fill in his personal information on a mobile phone for epidemiological investigation purpose, a new practice adopted for epidemic control.

Due to the epidemic control requirements, stretcher-bearer Zhou Jiahong needs to carry out comprehensive disinfection in the ambulance and replace the isolation sleeve after a patient is sent to the hospital.

The team received several calls that night. While the temperature outside had dropped below 10 C, the team were too busy to feel the cold. They carefully calculated every minute to save people's lives.

"Life is the most important thing, bigger than heaven," the 37-year-old doctor said. 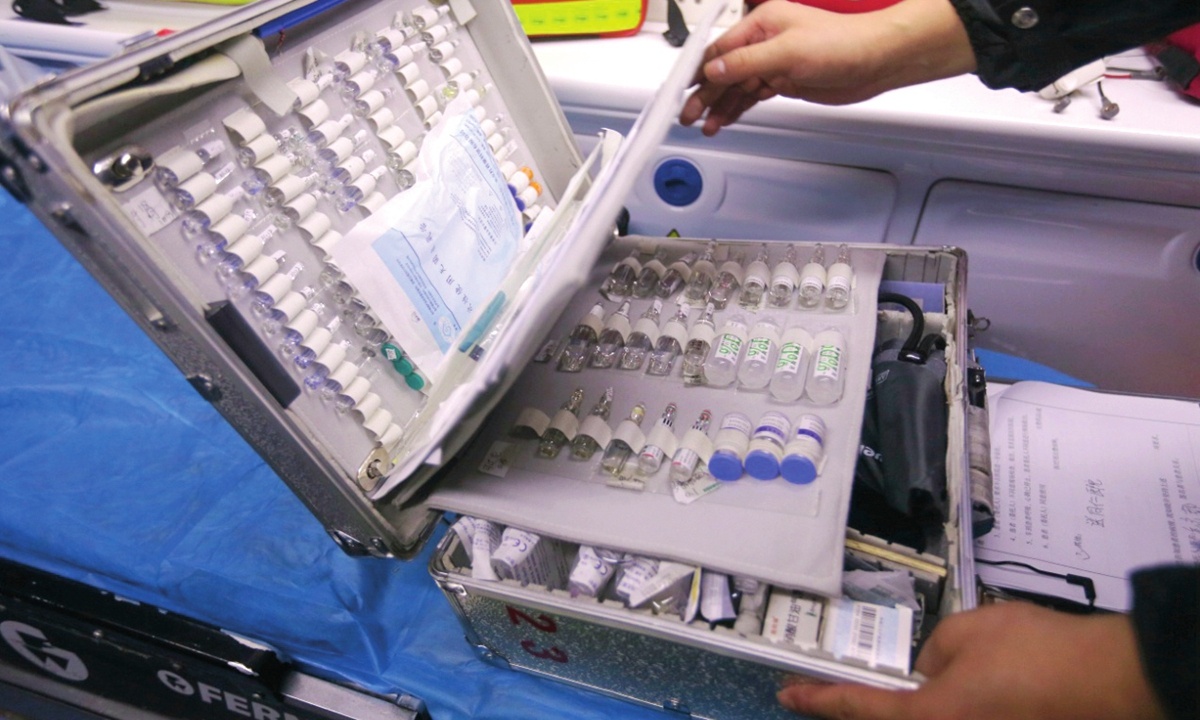 Chen checks the medicines in the first-aid box. 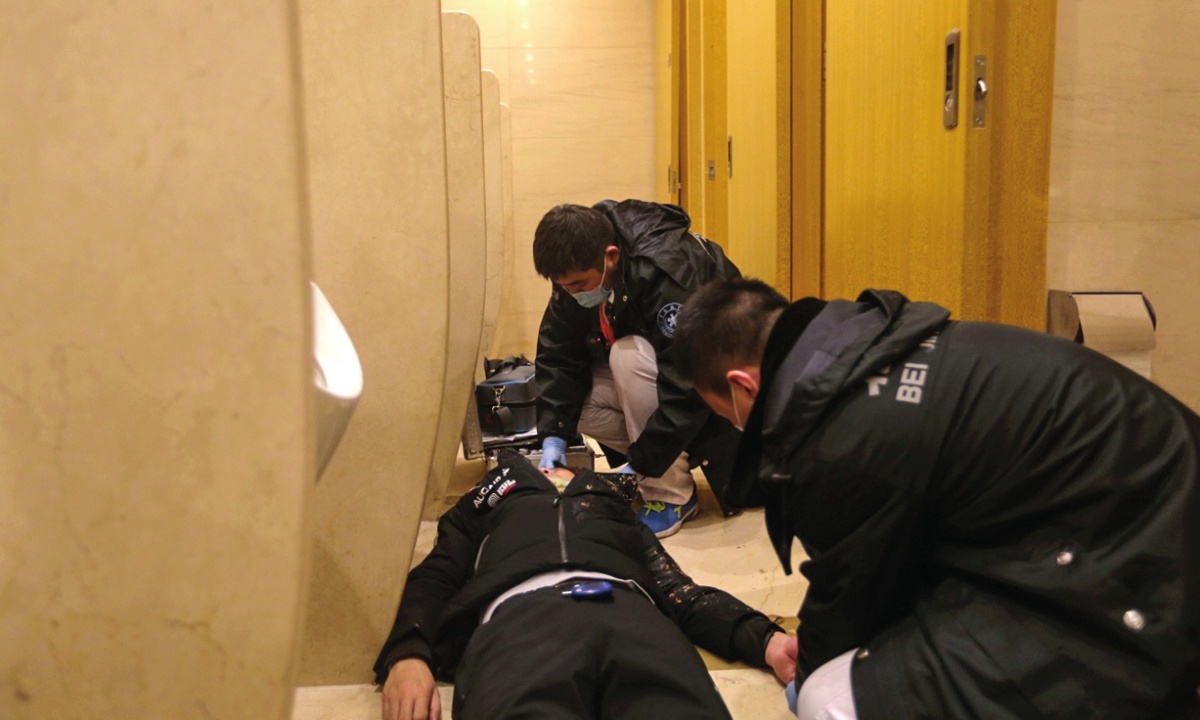 First responders help a drunken man who had fainted in a men's room inside a hotel. 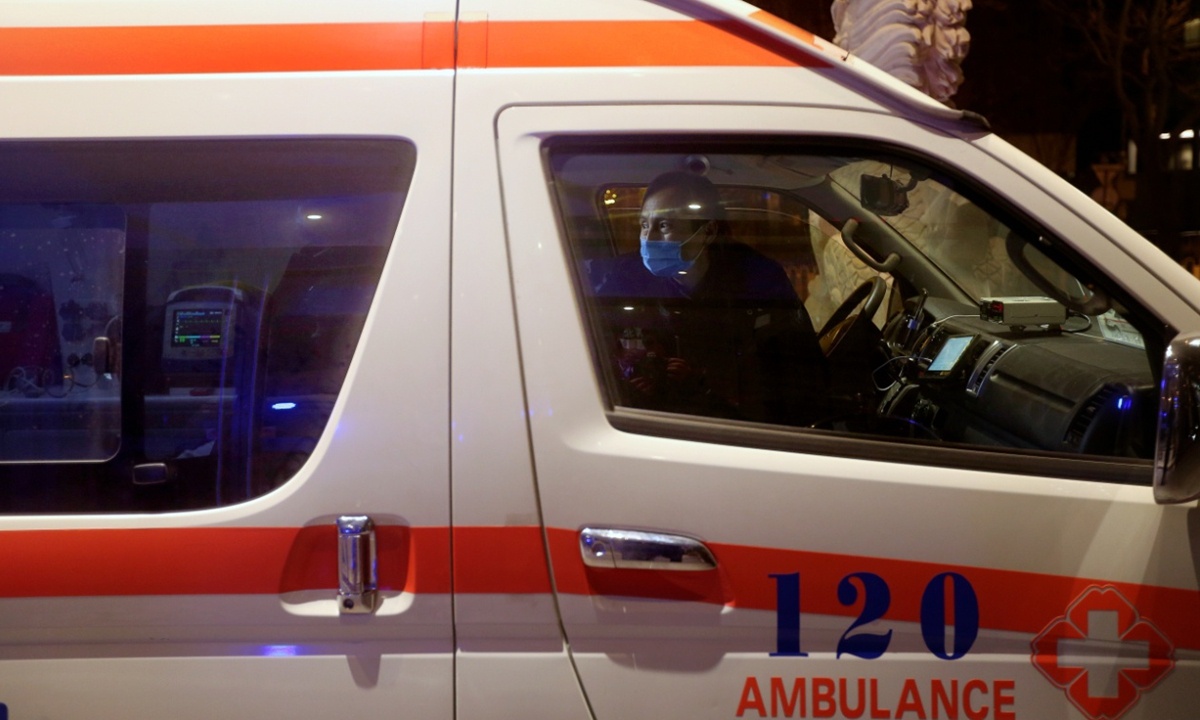 Chen Jie waits in an ambulance. 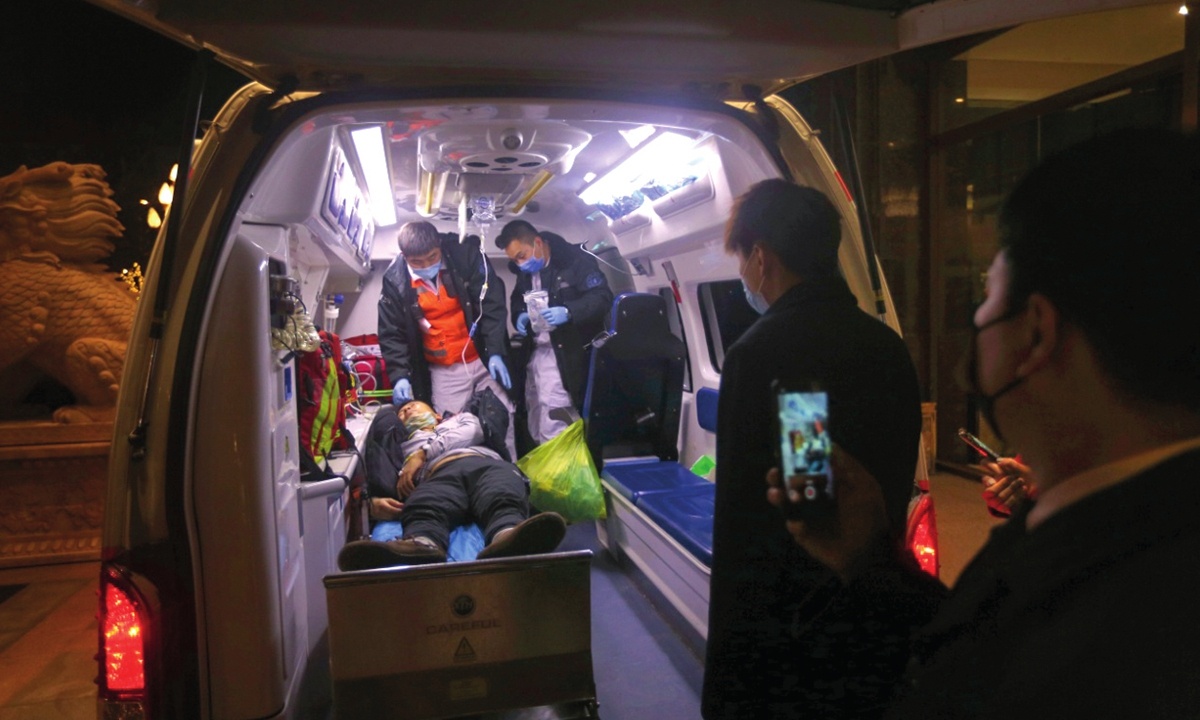 Chen and his colleagues carry the drunken man to the ambulance. The man could not be identified.