Beijing Financial Court issued a legal guideline on Tuesday to better serve the development of the capital's "two zones".

The "two zones" refer to the pilot free trade zone and the national comprehensive demonstration zone for expanding opening-up in the services sector. 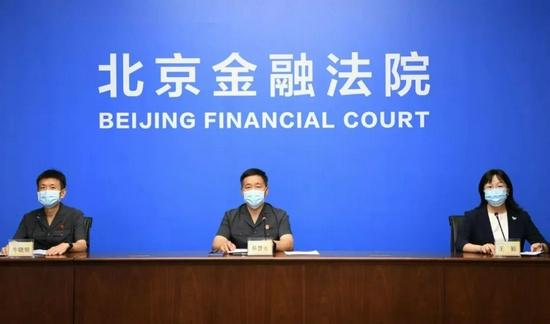 The guideline, with 20 articles divided into five parts, requires judges to innovate work mechanisms to diversify resolutions of financial disputes, as well as asks them to meet new legal demands in the financial field when the city promotes the building of the two zones.

It stipulates the court should increase research on new types of financial cases, such as those on digital currency and internet properties, with stronger protection to legal operation and activities of both Chinese and foreign financial institutes.

Cai Huiyong, president of the court, said they have started some explorations and innovations on the judicial work mechanism for the two zones.

The court has hired 26 financial experts as its think tank and worked with four academies to jointly build a legal center on finance and technology, it said.

It also established a team to analyze big data to intensify early-warning of financial risk and organized some judges to concentrate on the study of overseas finance-related laws.

The court is China's second specializing in hearing finance-related lawsuits. It opened in the capital's Xicheng district on March 18. The first was set up in Shanghai in 2018.