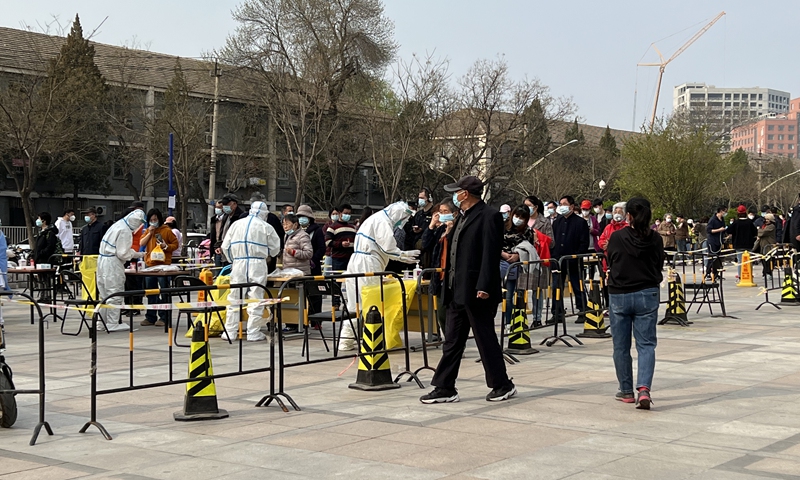 Beijing authorities said on Wednesday that several individual COVID-19 transmission chains were found in the city recently. The officials vowed to unwaveringly uphold the "dynamic-zero" approach despite great complexity of the epidemic prevention work. Some of the cases are infected with an Omicron subvariant, which has little homology with previous cases found in the city or nationwide.

The infection also spread to a kindergarten, infecting one child and one teacher. There are 12 staff members and 113 pre-school children in the kindergarten.

Beijing has strengthened COVID-19 screening for people involved in nursing homes, schools and those dealing with imported goods. These groups of people will take at least one nucleic acid test per week.

Some 1,346 people have been brought under control as close contacts or secondary contacts of the infected cases in Chaoyang, a district official said at the press conference.

Pang Xinghuo, deputy director of the Beijing municipal disease prevention and control center, noted that six of the recent cases are infected with an Omicron subvariant, which has low homology with previous cases found in the city or nationwide but high homology with the variant reported in Europe, the US and some Asian countries in February.