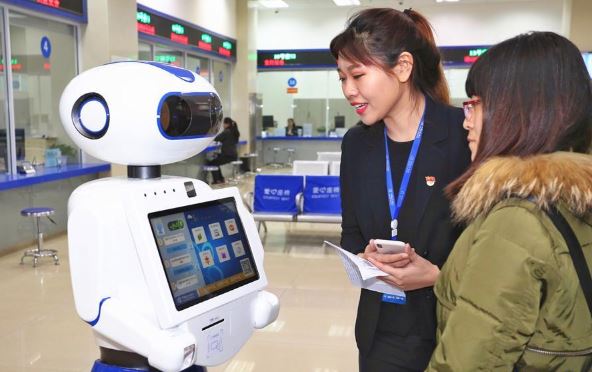 BEIJING, Feb. 16 (Xinhua) -- While many Beijingers greeted the first snow of this dry winter with joy, Zhang Qingxing was stressing out.

Zhang, 52, is a maintenance manager for the Beijing-Lhasa Expressway, one of the busiest highways radiating out from the Chinese capital.

When it snows, Zhang and his staff work around the clock to patrol and de-ice at the Juyongguan and Badaling sections of the expressway in northern Beijing, where twisting roads with steep slopes and sharp turns are more prone to becoming icy. "Any delay may lead to accidents and serious traffic jams," Zhang said.

This year was different.

The emergency response platform of the group is also connected to the weather monitoring system of the city's meteorological bureau. Based on the weather forecast and satellite cloud images, the group will arrange patrollers and cleaners accordingly.

"Technology has made roads safer and our work much easier," Zhang said.

The technology-based early warning system is part of Beijing's efforts for delicacy management, or improving the living environment and service-oriented administration with more detailed measures.

Beijing aims to utilize technology like big data, cloud computing, and artificial intelligence to modernize its urban administration, said a guideline on delicacy management of the city issued last month.

Technologies will also be applied to environmental protection, like tracking garbage and construction waste disposal with satellite monitoring, according to the plan.

"I will be reminded if the prepaid water is about to be used up, and I can buy more immediately using my phone," said resident Liang Jie, adding that she would never have to worry about her water supply being cut due to a delay in payment.

Wang Yan, a disabled senior citizen living near Qianmen, downtown Beijing, received a government subsidy without ever applying. The disability care subsidy, 100 yuan ($14.70) per month, was granted to him as his profile, including identity, household registration and disability information, showed up on a big data service platform.

Thanks to the platform, residents applying for government certificates do not have to visit multiple government departments and save 80 percent of the time it would have taken them to apply, said Sang Pengfei, a subdistrict-level office director.

Economic and information bureau of Beijing has incorporated nearly 940 million items of administrative data from 40 municipal-level departments for easier access and a shorter application process.

A top-level design was needed to establish a comprehensive data sharing platform, through which digital data would be shared not only by government departments but also available to the public, said Ye Yumin, a public administration and policy professor with the Renmin University of China.

Ye also encouraged extensive cooperation between the government and hi-tech companies to optimize the public interests.

"After establishing a guiding framework, the government should leave companies enough space, allowing the market to play its role," she said.