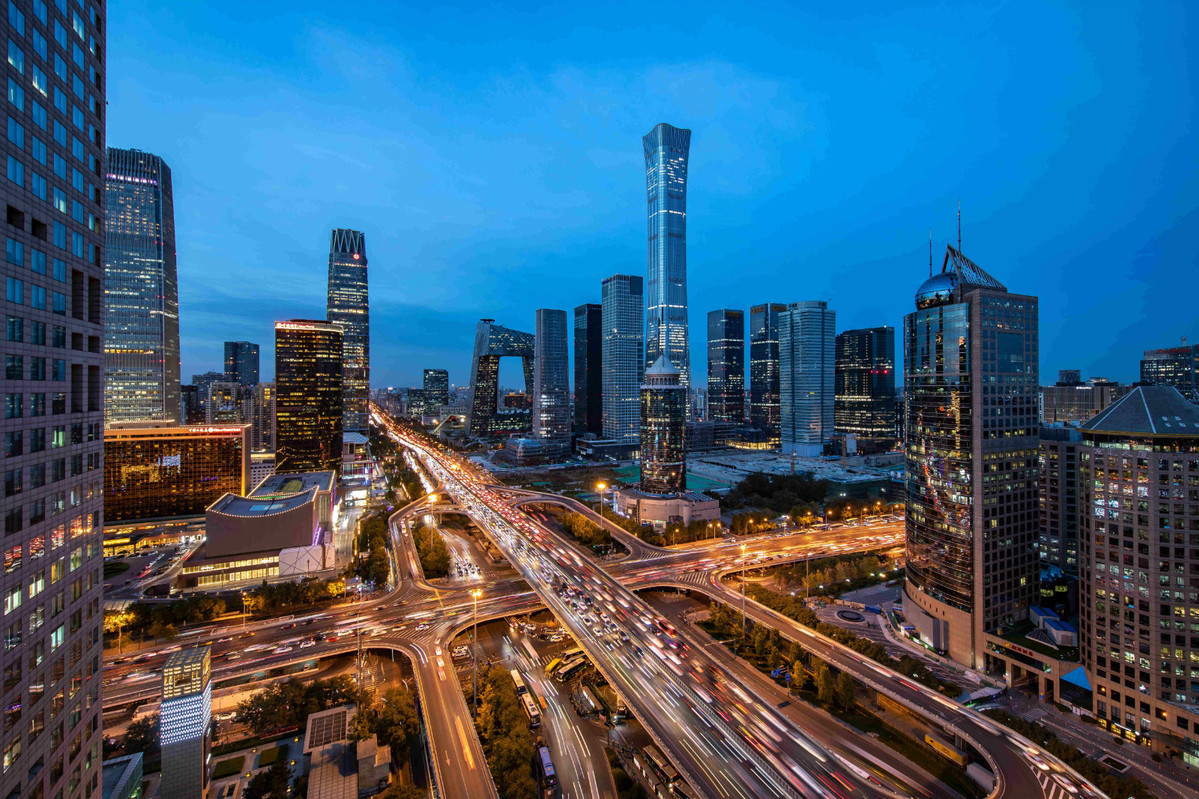 A photo shows a night view of the CBD area in downtown Beijing. (Photo: Agencies)

The average concentration of PM2.5 - fine particles that are hazardous to health - in Beijing in 2020 was 38 micrograms per cubic meter of air, the lowest since data was first collected in 2013, which signifies that the city has formed a mature mechanism for air pollution treatment, a senior official said on Monday.

Yu Jianhua, deputy head of the Beijing Municipal Ecology and Environment Bureau, said it is the first time that Beijing's annual average PM2.5 density dropped below 40 mcg per cubic meter.

The city had taken measures to reduce carbon emission in the past five years, said Rong Jun, spokesman of the capital's transport commission at the news conference on Monday.