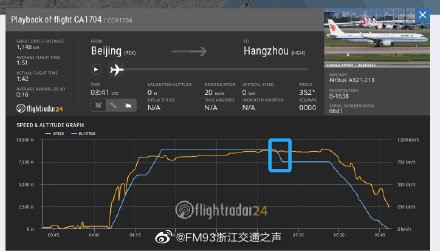 A flight from Beijing to Hangzhou plummeted a kilometer in two minutes and injured two crew members on Thursday.

Air China said Flight CA1704 landed at Hangzhou Xiaoshan International Airport in Southeast China’s Zhejiang Province at 1:48pm. The plunge caused by turbulence happened when the plane was preparing to land. Two flight attendants were injured, and all passengers were safe.

The injured suffered contusions, but were in  stable condition. Air China is further investigating the incident.