The Beijing government has tightened COVID-19 control measures on the transportation sector to reduce potential risks. 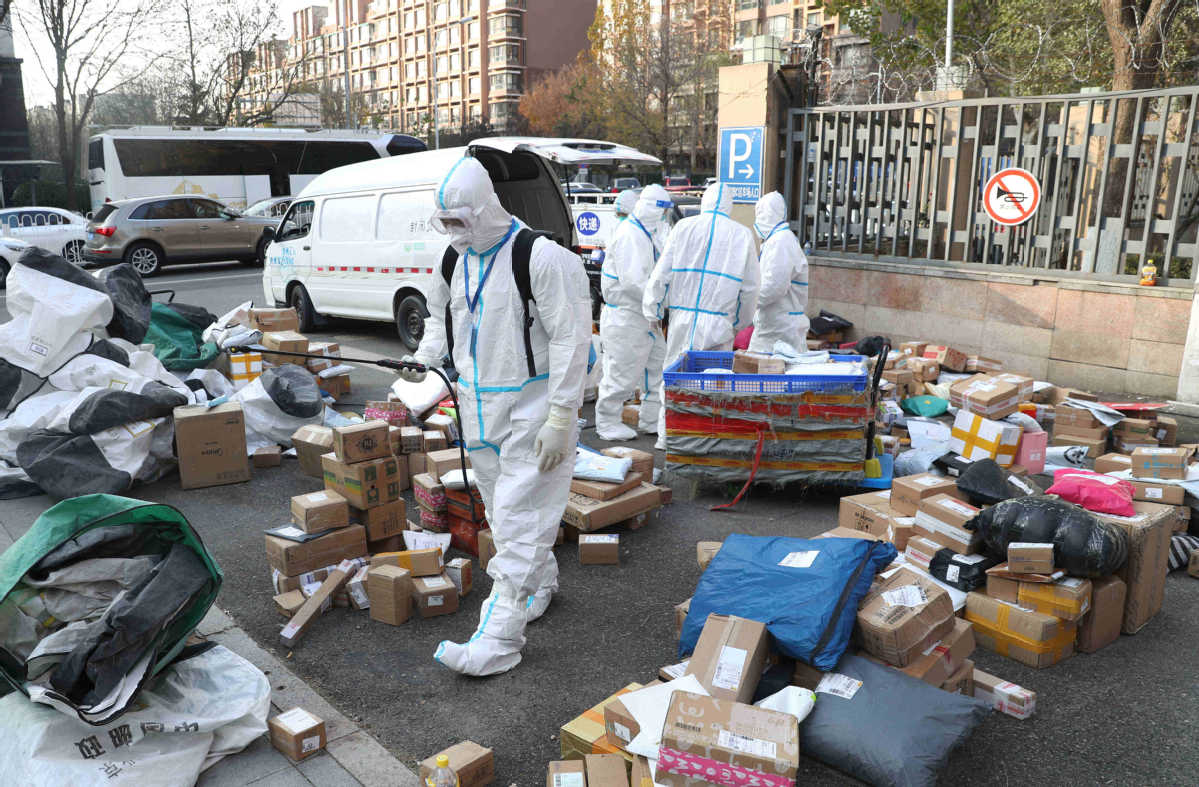 Emergency service team members sterilize express packages in the Fulitaoyuan residential community in Xisanqi, Haidian district, in Beijing, which is under temporary lockdown due to confirmed COVID-19 cases, on Nov 15. [Photo by Zou Hong/chinadaily.com.cn]

Starting Wednesday, people who have been to inland border cities in the previous 14 days should not come or return to Beijing if it's not absolutely necessary, the municipal government announced at a news conference on Tuesday.

Residents in Beijing should not go to those border cities or counties.

Beijing has also cut direct flights to the capital from cities where locally transmitted cases were reported. There is only one flight from those cities to Beijing at present and passenger load factors should not be higher than 75 percent, according to the civil aviation authority on Tuesday.

In addition, starting on Wednesday, for all people who come to Beijing via railway, expressway or flights, they should hold negative results of a nucleic acid test taken within 48 hours before their departure, as well as a green health code with Beijing Health Kit - a mobile app with information on an individual's health status.

At present, Beijing has two medium-level risk areas for COVID-19 and the rest are low-risk.

Beijing reported one locally transmitted case on Monday, who was a close contact of the previous confirmed cases, according to the National Health Commission on Tuesday.