As part of efforts to promote the development of self-driving car technology, authorities in Beijing have announced that a section of the Yanchong Highway on the outskirts of the city will be available as a site for vehicle testing. 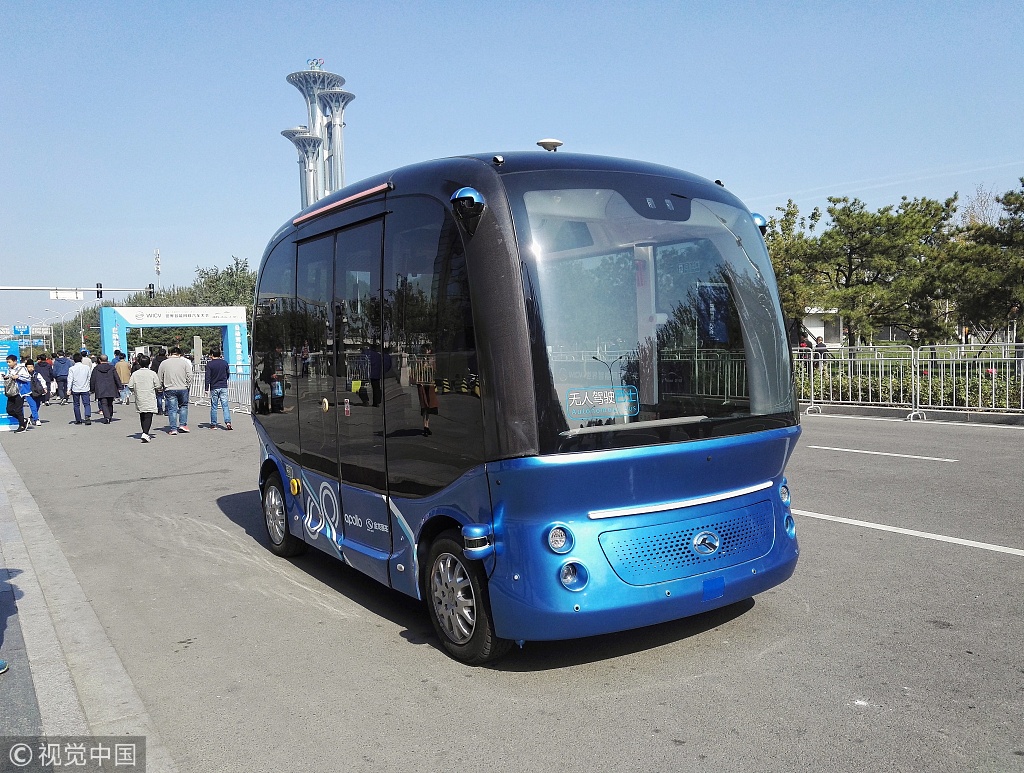 A self-driving car on a road outside the World Intelligent Network Automobile Conference site in Beijing on Thursday, October 18, 2018. [Photo:VCG]

At present, 123 kilometers of roads have been open to self-driving tests in the capital.

Self-driving technology is being developed for a wide range of uses in China, including for takeaway food delivery carts and fully-automated street cleaning trucks.

The smart car industry is expected to be worth around 1 trillion yuan (around 145 billion U.S. dollars) by 2022.