Over 300 representatives from government departments, enterprises, and research institutions gathered to carry out in-depth dialogues on the theme, "Chinese Confidence and Brand Power". At the same time, the Targeted Poverty Alleviation Forum based on "Decisive Battle Against Poverty" was also held on the sidelines.

Ji Bingxuan, Vice Chairperson of the 13th NPC Standing Committee, emphasized in his speech that President Xi Jinping attaches great importance to the construction of Chinese brands and called for the transformation from "made in China" to "created in China", from "China speed" to "China quality" and from Chinese products to Chinese brands. Focusing on the three transformations, China has introduced a series of policies and measures to expedite the promotion of a strong manufacturing country and a brand-powered country, while creating a favorable environment for brand development. Chinese enterprises have strengthened their brand awareness and seized development opportunities, enabling more well-known brands to obtain worldwide reputation.

The building of a brand-powered country has a long way to go, which requires us to continuously work hard and work together. The Fifth Plenum of the 19th Central Committee of CPC proposed to accelerate the construction of a new development pattern in which the domestic cycle is the main part, and the domestic and international dual cycles promote each other mutually. This is China’s major strategic plan for the economic development during the 14th Five-Year Plan period and a longer period in the future, putting forward higher requirements for strengthening Chinese brands and providing new opportunities.

Strengthening Chinese brands requires a focus on the real economy and lay a solid foundation for development; to persist in independent innovation and stimulate endogenous motivation; to base on domestic demand and achieve a better life; to broaden the international horizons and become the world class.

Tuo Zhen, President and Chief Editor of the People's Daily, pointed out that the People’s Daily has continuously held the China Brand Forum to exchange ideas, provide suggestions, and build consensus since 2015, in order to conscientiously carrying out the important instructions of "three transformations" made by President Xi. 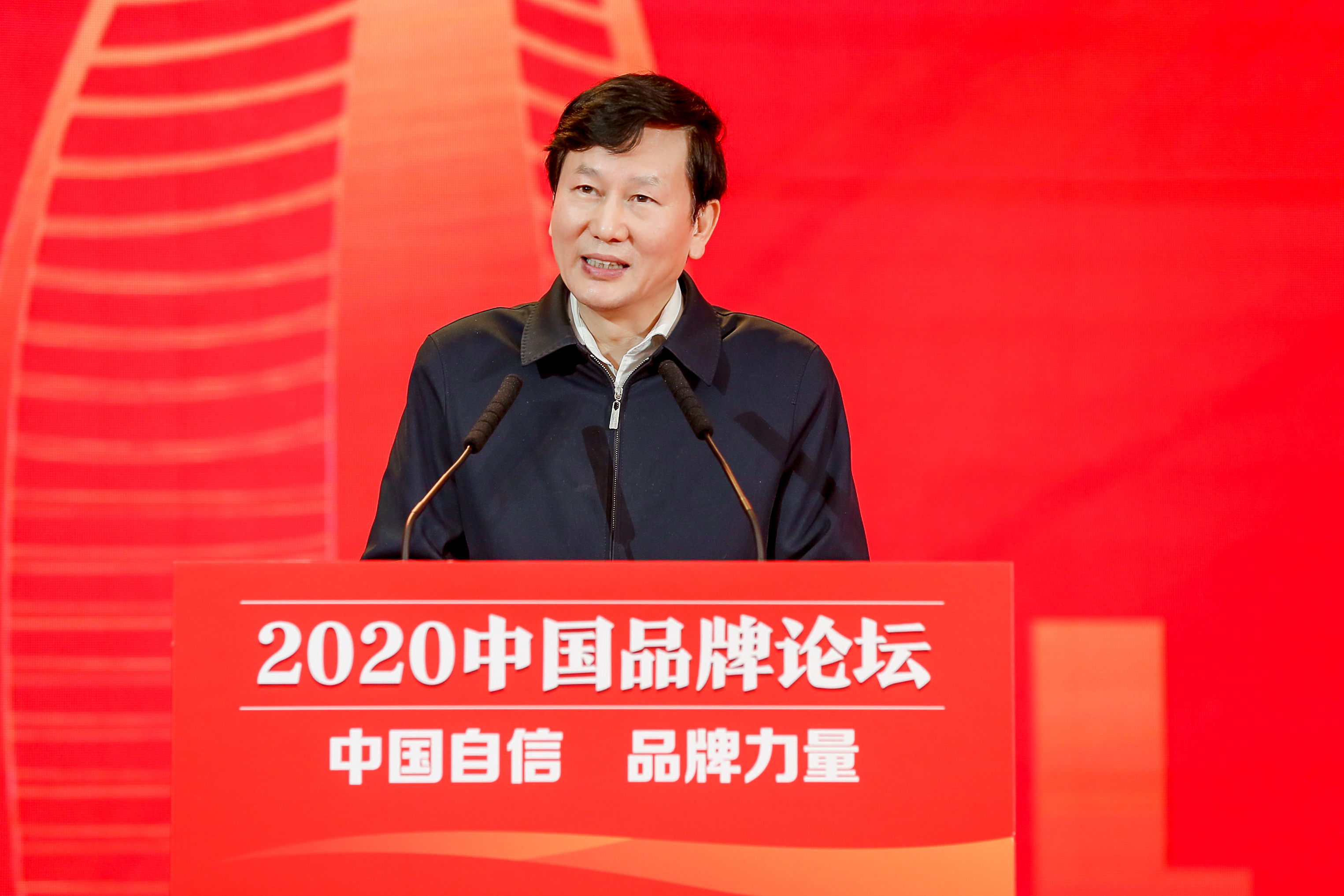 Tuo Zhen, president and editor-in-chief of the People's Daily, speaks at the opening ceremony.

In recent years, the development environment of Chinese brands has continued to improve, and their comprehensive strength has increased day by day. The varieties of "made in China" are becoming more and more abundant, the quality is getting better and better, and the brands are getting more and more known.

Guo Weimin, Vice minister of the State Council Information Office of China, pointed out in his speech that the Fifth Plenum of the 19th Central Committee of CPC proposed that the goal of building a moderately prosperous society in all respects will be achieved as scheduled, and China will embark on a new journey toward comprehensively building a modern socialist country next year. We must deeply study Xi’s thoughts on socialism with Chinese characteristics for a new era, understand the spirit of the Fifth Plenum of the 19th Central Committee of CPC, and continuously promote the construction of Chinese brands during the new journey, tell the stories of Chinese brands, and enhance the influence of Chinese culture, in order to show China's image as a responsible power with peaceful development. The People's Daily has held China Brand Forums for six years, which has built a good platform for further building consensus and carrying out pragmatic communication and cooperation.

Jin Bei, member of the Department of the Chinese Academy of Social Sciences and Former Director of the Institute of Industrial Economics, attended the forum and gave a featured speech.

The targeted poverty alleviation forum to battle poverty was also held on the sidelines of the forum. Officials from relevant departments of Jiangsu, Yunnan, Hebei and Henan provinces and representatives from some enterprises shared their experience and achievements about poverty alleviation.