Imposing restrictions on leaving Beijing does not mean the city is being sealed off, said an official from Beijing's public security bureau, noting that the current measures aim to stop the virus from spreading to other parts of China. 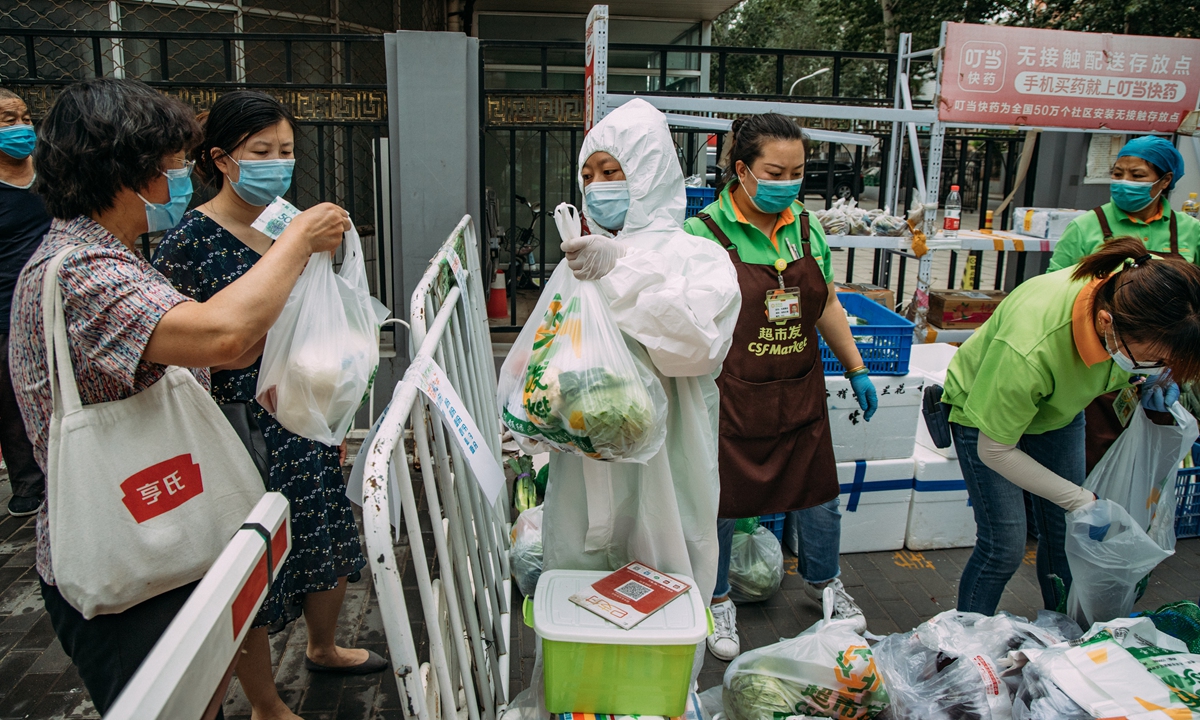 An employee from a supermarket near Yuquandong market in Beijing which reported a cluster of COVID-19 cases delivers and sells necessary goods to residents in a local locked-down community. Beijing raised its emergency response from Level III to Level II on Tuesday to further curb the viral spread. (Photo: Global Times)

During a routine conference held on Thursday, officials from the Beijing municipal government rolled out a slew of new measures after the city recorded 158 new cases in the past seven days.

Beijing has shut down all entities and hotels in high risk areas amid the COVID-19 resurgence, said Pan. Fengtai's Huaxiang district has been designated a high risk area.

The capital will continue to implement 14-day centralized quarantine for people entering the capital from outside China, in line with the city's level 2 COVID-19 emergency response, said Pan, noting that returnees from high/medium risk areas outside Beijing are banned from staying in hotels in the capital.

Beijing has also expanded swab throat testing from six key groups of people to 10, stating that restaurant owners, farmers' market vendors and canteen employees should also be rounded up for testing.

People who entered Xinfadi market since May 30 or had close contact with Xinfadi merchants should receive nucleic acid tests and home quarantine themselves for 14 days. They are also required to receive intensified coronavirus tests, said Zhang Ge, deputy head of Beijing's COVID-19 prevention team.