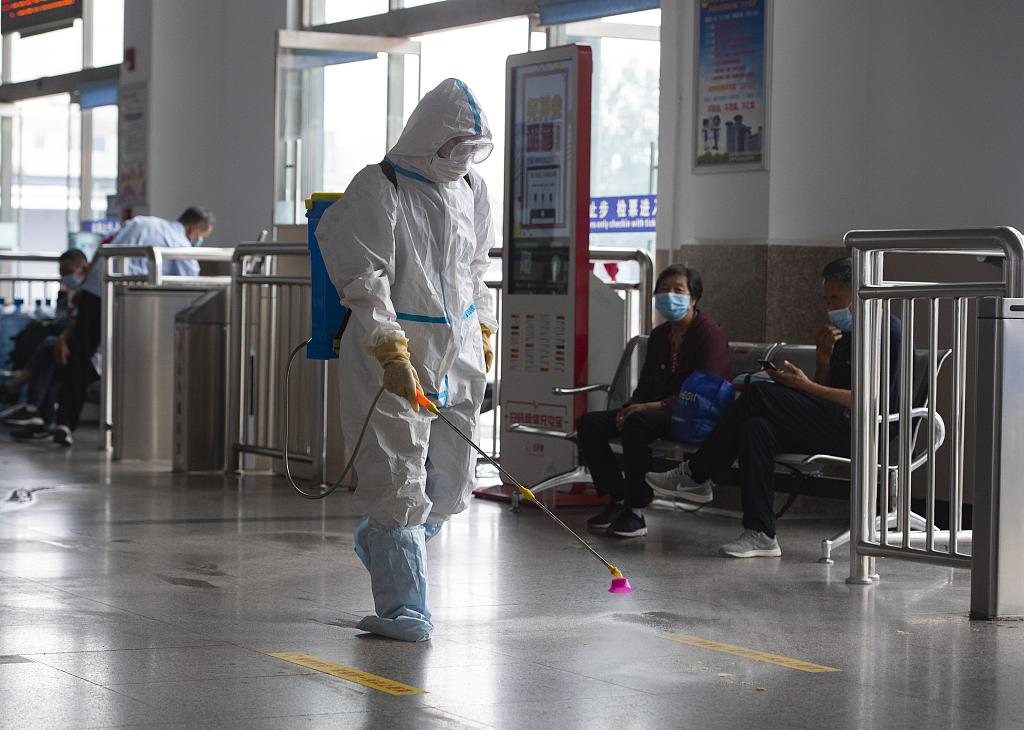 BEIJING, July 29 (Xinhua) -- Over 13,200 people have been sampled for nucleic acid tests in an outlying district in Beijing after two new domestically-transmitted COVID-19 cases were reported there, a local official told a press conference Wednesday.

One case was related to confirmed cases in Dalian in northeast China's Liaoning Province where clusters of new infections were reported, and the other is one of the patient's family members. They both live in a densely-populated community in Changping District, said Wu Bin, deputy chief of the district.

As of Wednesday noon, a total of 606 residents at the same building had been tested for nucleic acid and all were negative, while 12,649 nearby residents had also been sampled with no positive cases reported so far, Wu said.

Wu said that relevant departments have acted quickly to launch epidemiological investigations. Samples were taken at residential premises and venues the patients had visited, and the results were negative.

The building where the patients live is now under isolated management, and daily necessities are being allocated for those under home-based observation.