Following Shanghai, Beijing is also pushing ahead with garbage sorting legislation amid the ongoing national initiative to get all of China sorting garbage. Not compulsory yet, the Chinese capital is already implementing garbage sorting in more than 200 residential communities, and it's trying to get more residents on board by making the system smarter. 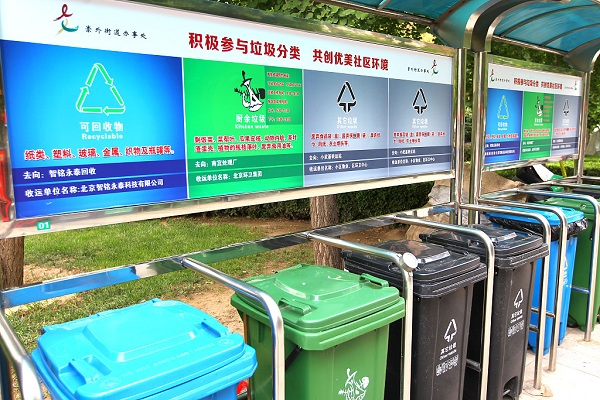 One community located in Desheng sub-district in downtown Beijing has been exploring garbage sorting for a decade. Now it's introducing artificial intelligence into its waste management system.

Community service staff Li Zhenbo has been involved into the huge project for years.

"We tried at first to separate kitchen waste from other types, and we also invited supervisors to help residents sort out garbage. But the effort was limited. Since last year, we started to develop the smart system. In June, we even installed little cameras in 16 sets of bins in this community, allowing us to better identify and monitor residents' sorting behavior," said Li Zhenbo, deputy director of urban management department in Desheng sub-district of Beijing.

However, not every face can be recognized by the smart dustbin until you register for the system. Once registration is complete, users will scan a QR code on the bin, which then opens it up to allow for garbage disposal.

Li said now over half of residents living in this community have registered for the intelligent system, and now his team is encouraging more people to join. But Li admits challenges exist in the process.

"There was a general lack of public awareness in the beginning. So, we established this green life space in 2016, trying to teach residents, especially children, about the basic knowledge of garbage, why and how the classification works," Li added.

With more than 21 million people, Beijing produces 26,000 tons of household waste a day. Basically, the mega-city classifies waste into four categories: kitchen waste, hazardous waste, recyclables and other trash. Sixty percent of the city is expected to implement garbage sorting by the end of this year, and 90 percent by 2020.

At another high-end residence in Chongwai sub-district, seniors like Ding Keying are also digesting the new sorting manner. 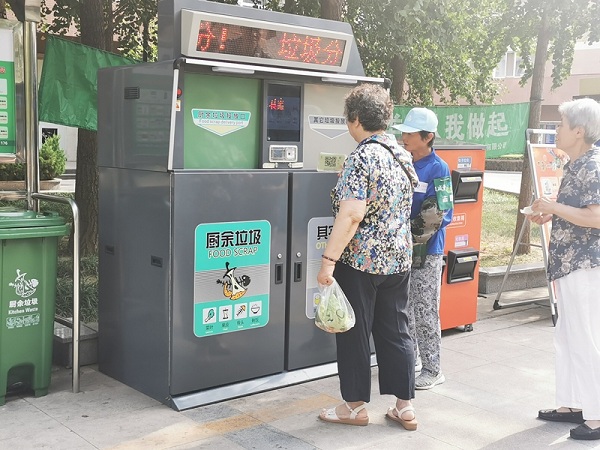 Seniors like Ding Keying are also figuring out how to use the intelligent bin in her community in Beijing, where each household gets one special QR code for throwing out waste. (Photo: CGTN)

"In the past, volunteers guided us on how to classify waste, so we've gradually gotten into the habit. Since last year, the system became smarter. I even learned how to download a mobile app online," said the septuagenarian about the tremendous garbage sorting changes in her community, 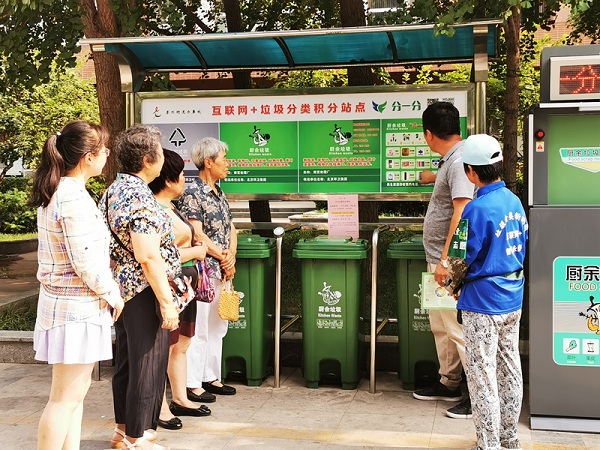 Duan Wuchen is one of the app's developers. "We joined hands with different communities through a competitive bidding process. Currently, we've worked with more than 120 communities citywide. Covering both online and offline, we've always tried to upgrade our products for residents' convenience," said app developer Duan Wuchen from Beijing Zhiming Yongtai Tech firm.

While sorting is one thing, collection is another. Communities say a second sorting is still needed for most garbage before disposal, but raising public awareness is reshaping the overall picture.