The Beijing municipal government recently issued a three-year (2018-2020) action plan to prevent and control soil contamination in the Chinese capital. According to the plan, by 2020, soil environment in the city will be "stable," soil on farmland and land for construction will be safe, soil-related environment risks will be under control, and 90 percent of the contaminated farmland and other land will be made safe. 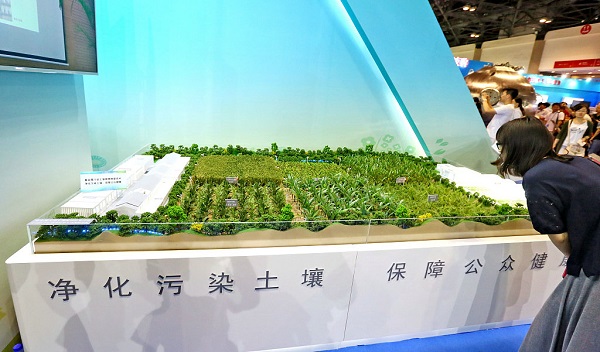 Starting from 2019, Beijing's environment protection bureau and other related authorities will report data regarding soil monitoring, land usage and distribution, usage of polluted land, farmland management, as well as soil geological environment. The Beijing Municipal Ecological Environment Bureau will release information about the city's soil on a yearly basis.

Beijing will also strengthen control on the sources of soil contamination. Starting from next year, district-level environmental authorities will make lists and inform the public about the district's key enterprises that are under soil pollution monitoring. Those enterprises are required to control their discharge of toxic and harmful substances, report the information related to their discharge to environmental protection authorities on a yearly basis, formulate systems to avert potential risks, and draft plans on self-monitoring.

The action plan also puts a ban on waste from foreign countries. The city's environmental bureau will be strict on the import permit of solid waste, while customs and public security bureaus will crack down on waste smuggling.

The city will also make a list of plots that are suspected of soil contamination and inform those who use the land. Industrial land that changes its usage type will be reported to environmental authorities.