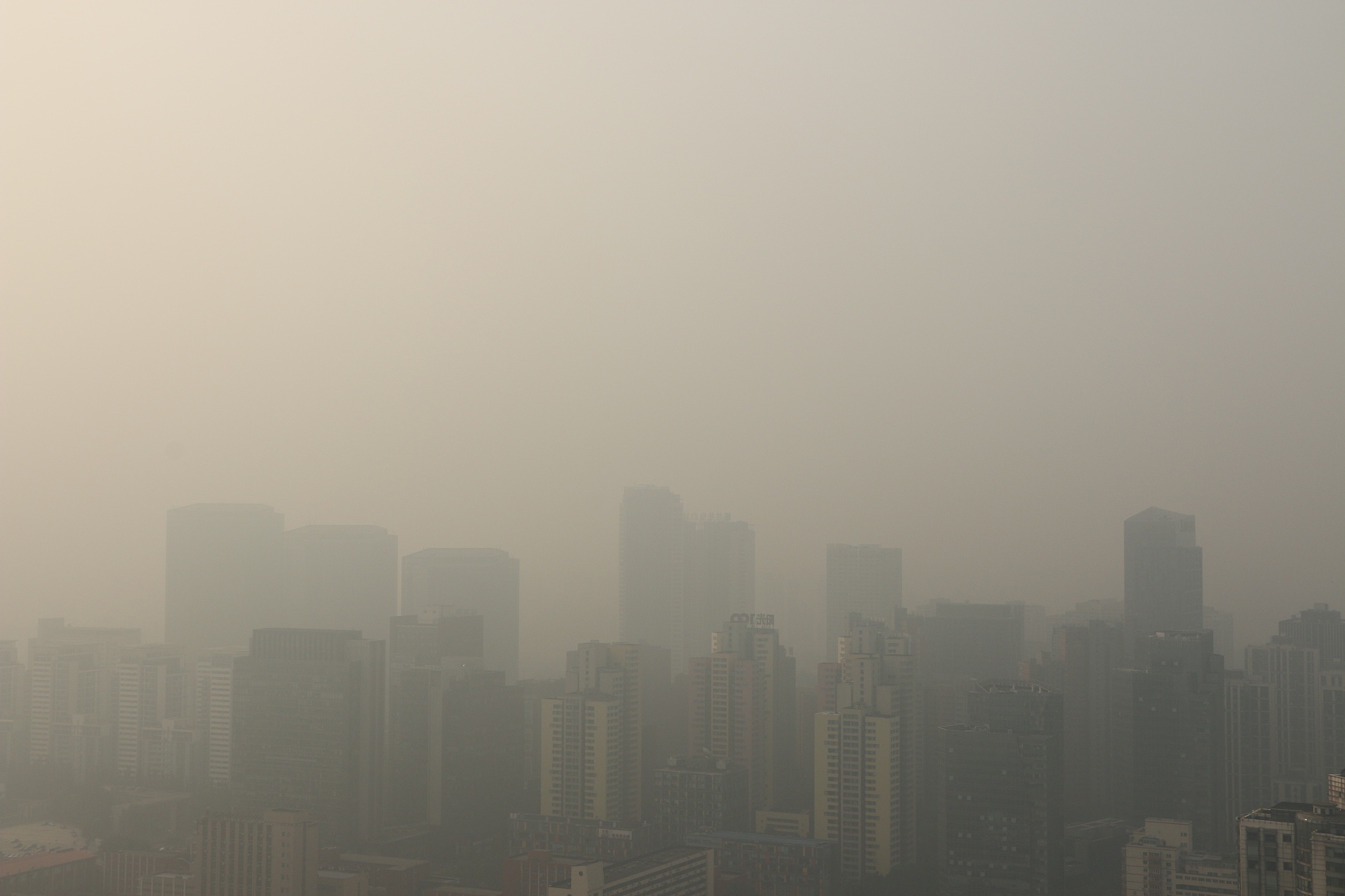 Beijing's air pollution emergency response office issued a yellow alert for smog on October 26 afternoon, forecasting the air pollution to persist till October 28.
The yellow alert warned of an air quality index of more than 150 micrograms of harmful fine particulate matter (PM) per cubic meter of air for two consecutive days, according to the office.
Under China's four-tier warning system, red is the most severe, followed by orange, yellow and blue.
Low visibility has forced the city's transport bureau to close several highways out of the city starting Thursday morning.
Smog often becomes severe in late autumn and winter. However, China's Ministry of Environmental Protection (MEP) warned in September that Beijing's smog is expected to arrive earlier this year.
Wang Shuxiao, professor at Tsinghua University and head of the Beijing Air Pollution Prevention and Monitoring Work Group, said stagnant air conditions have made air more humid.
He said that under similar conditions, Beijing previously would have seen very severe smog, but due to pollution control efforts, air pollution has been controlled and mitigated to a moderate level and lower.
Li Ganjie, environment minister, said earlier this week that the monthly average of PM 2.5 density in Beijing between March and August registered an all-time low for the same period.
To address the winter smog, MEP has launched a campaign against heavy air pollution in the Beijing-Tianjin-Hebei region and surrounding areas. It mainly focuses on curbing pollution from industrial enterprises, cutting coal consumption and improving emergency responses to heavy pollution.