BEIJING, Oct. 31 (Xinhua) - The health authority in Beijing has launched a program to recruit 500 smokers this year to help them quit smoking for free through outpatient services and a dedicated hotline. 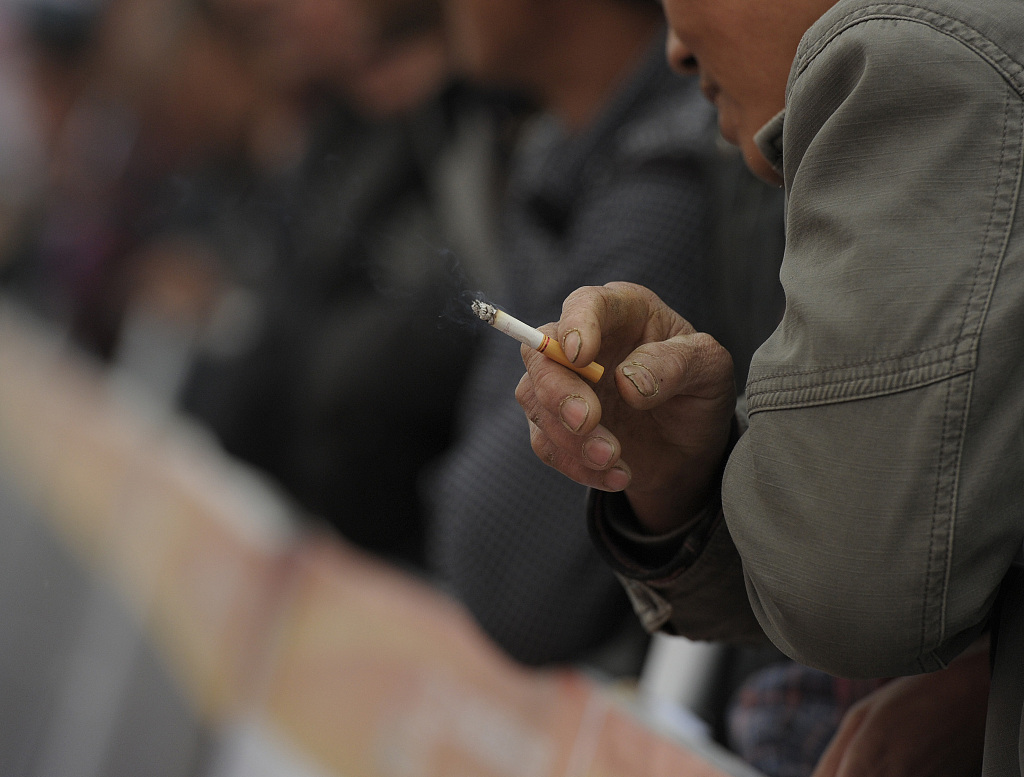 Zhou Wei, an associate chief physician in charge of the project at Beijing Hospital, told Xinhua that a drug called Varenicline plays an important role during the treatment.

Beijing Hospital is one of the four medical institutions providing free services to smokers in the program.

"Varenicline can block the combination of nicotine and its receptor, and stimulate the brain to secrete dopamine, giving patients the same sensation as smoking. After taking Varenicline for a period of time, they will develop an aversion to nicotine, and then kick the habit of smoking," said Zhou.

Apart from outpatient services, a hotline is also available for those who are unable to accept professional treatment, according to the organizer. The service includes five phone call interventions during the treatment and four calling back interviews afterwards, helping evaluate patients' progress with quitting.

The project was first initiated in 2017 by the Beijing Center for Diseases Prevention and Control to target 105 local taxi drivers. It turned out to be a success, convincing the organizer to extend the program for 310 local citizens in 2018.

Over 51.9 percent of the participants last year successfully quit smoking, about 10 times higher than the rate for smokers who tried to beat their addiction through self-discipline alone, according to the Beijing Center for Diseases Prevention and Control.

"The treatment worked well for me. I haven't smoked for more than a year," said Yuan Xiaomin, a 40-year-old Beijing resident who had smoked for 20 years until he took part in the project last October.

"Medicine is not our only tool. Patients' will to quit smoking is also important," Zhou said. "We distributed brochures to the participants on the dangers of smoking and tips on how to quit. In addition, a WeChat group was established with two doctors answering their questions and encouraging them to share their doubts every day."

According to the World Health Organization, more than 8 million people die from tobacco use every year. Tobacco can also be deadly for non-smokers. Second-hand smoking contributes to heart disease, cancer and other diseases, causing additional 1.2 million deaths annually.

To curb the smoking's impact on public health, the Chinese government has paid increasing attention to tobacco control and rolled out official interventions.

In Beijing, the regulations on tobacco control took effect on June 1, 2015, which prohibit smoking in public spaces.

Statistics released by the Beijing Municipal Health Commission in 2018 show that since the implementation of the regulations, the number of smokers in Beijing decreased by 200,000 from 4.19 million in 2015.

"Our project can only help a few people, but its success can encourage more smokers to quit," Zhou said.