Beijing locked down 29 communities as COVID-19 confirmed cases continued to rise on Tuesday, with the epidemic situation in Beijing around the Xinfadi Market deemed "very grim" by the Beijing government. 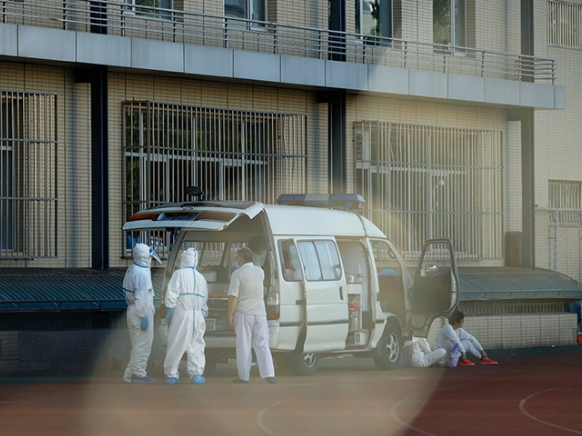 Nine out of 11 districts in Beijing have reported confirmed cases, of which Fengtai district is the most stricken area.

The epidemic situation of clustered infections related to the Xinfadi Market in Beijing's Fengtai district is extremely grim, the Beijing anti-epidemic leading group said at a meeting on Monday.

"We need to strengthen the bottom line thinking and make an all-out fight, taking epidemic prevention and control as the most important and urgent task at present… and taking the most determined, decisive and strict measures to contain the epidemic," the leading officials in Beijing urged.

Beijing will roll out a citywide inspection and sanitation campaign for wholesale markets, vegetable markets, restaurants and canteens. Vendors and business operators will all undergo nucleic acid tests.

At least 29 local communities in Beijing imposed lockdowns after confirmed cases were found in the communities and food markets nearby, the Global Times found.

Previously, 10 communities near Yuquan East Food Market in Haidian district and 11 communities near the Xinfadi Market were locked down, in an effort to curb the spread of the deadly virus.

People at high risk of exposure to COVID-19 should not leave Beijing, the city government required, adding that those who have left should report to the local government.

Taxis and car-hailing vehicles have been banned from leaving the capital since Monday.

Multiple cities have warned local residents not to travel to Beijing. Tongliao in Inner Mongolia requires people coming from Beijing to undergo 14 days of quarantine and COVID-19 tests. The northeastern Chinese city of Daqing is imposing a 21-day quarantine on people returning from Beijing.

Beijing is now carrying out large-scale nucleic acid tests, especially for people who have been to the Xinfadi Market, with nearly 100 nucleic acid testing centers ready with a daily capacity of up to 90,000 people.

The next three days will be critical for Beijing to curb the outbreak as people infected with the coronavirus start to show symptoms, according to Wu Zunyou, a top epidemiologist with China's Center for Disease Control and Prevention (CDC). The earliest cases in Beijing were likely infected with coronavirus near the end of May, he said.