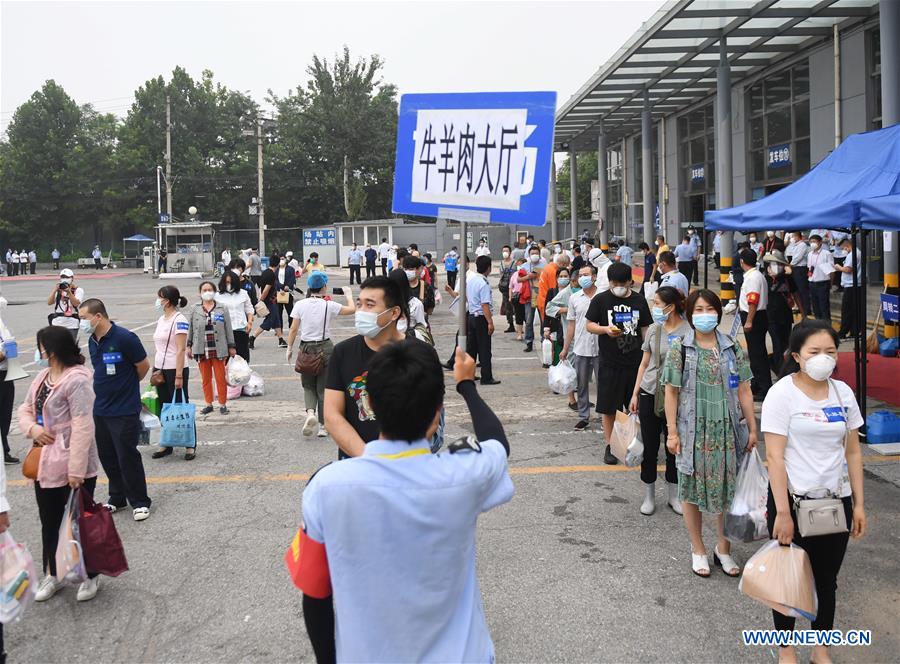 BEIJING, July 17 (Xinhua) -- Beijing on Friday saw one more area lower its risk level of the COVID-19 disease after no new confirmed domestically transmitted cases had been reported in the capital for 11 consecutive days.

After the adjustment, Beijing now has two medium-risk areas, said Gao Xiaojun, spokesperson for the Beijing Municipal Health Commission, at a press conference.

Beijing was cleared of high-risk areas on Monday.

From June 11 to July 16, the city reported 335 confirmed domestically transmitted cases, of whom 158 were still hospitalized and 177 had been discharged from hospital after recovery.