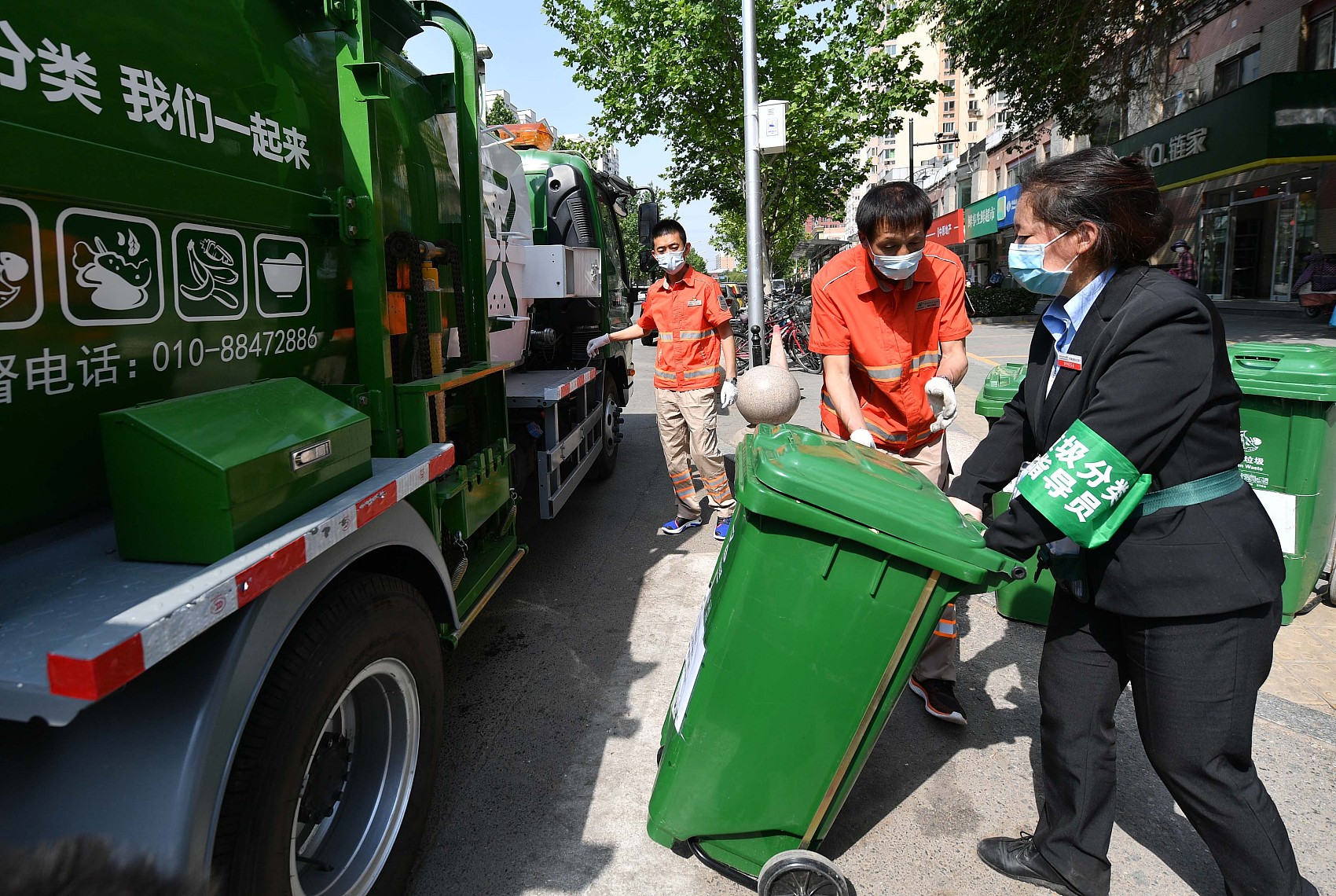 The Chinese capital of Beijing is mulling a comprehensive weight-based charge for non-household kitchen waste and has begun to solicit public opinion on draft regulations, local authorities said Friday.

The non-household kitchen waste defined in the draft mainly includes kitchen trash generated by catering services, collective canteens, farmers' markets and the like.

Such measures are expected to promote the reduction, classification and resource utilization of household garbage at its source, according to the Beijing Municipal Commission of Housing and Urban-Rural Development.

According to the city's cost survey, the average cost of transporting and treating non-residential kitchen waste in Beijing in 2019 was approximately 563 yuan per ton (about 87 US dollars per ton), and the price came in at around 594 yuan per ton after taking taxes and reasonable profits into account.

The draft stipulates that non-household kitchen waste disposal charges will be calculated at 300 yuan per ton, covering about 50 percent of the average cost.

The disposal cost of such kitchen waste can be based on a metered charge according to its weight or the volume of the garbage collection container. Waste in barrels will be calculated by a reference standard of 0.9 ton per cubic meter.

The producer of non-household kitchen waste is expected to bear the cost, while the garbage transportation unit will earn the fee, the commission said.