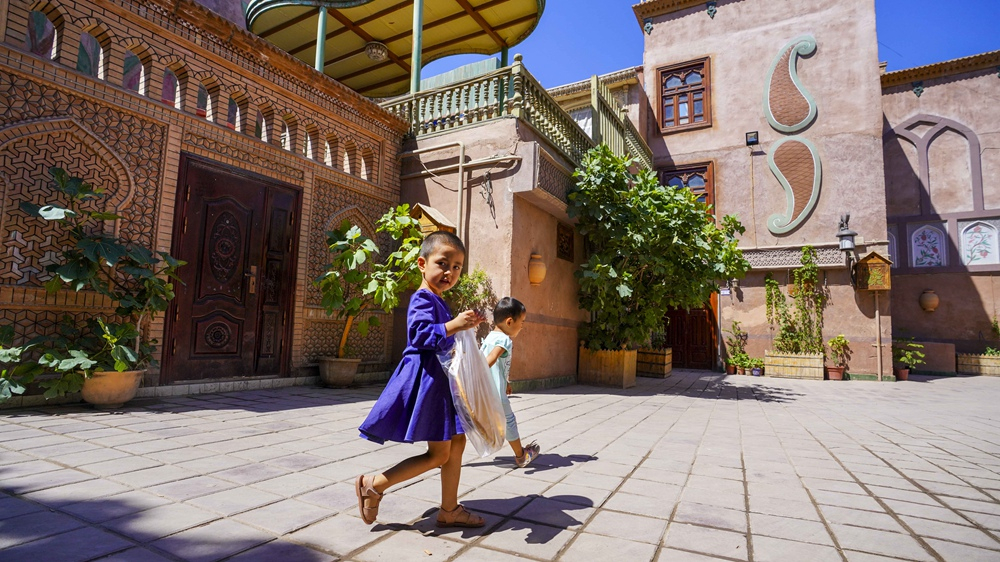 China said all the countries criticizing its position on issues related to its northwest Xinjiang Uygur Autonomous Region are developed countries in the West, whereas no Muslim country or developing country has criticized its position.

In response to a question on the Xinjiang issue at a regular press briefing on Monday, Chinese Foreign Ministry spokeswoman Hua Chunying said the issue is about fighting terrorism and extremism, not about religion and human rights.

Ambassadors from 50 countries to the United Nations Office at Geneva (UNOG) have co-signed a letter to the president of the UN Human Rights Council (HRC) and the High Commissioner for Human Rights to voice their support for China's position on issues related to Xinjiang, according to a statement issued by the Chinese Mission to the UNOG on Friday night.

"All the 24 countries criticizing China are developed countries in the West, whose total population is just 600 million," she stressed. "There isn't any Muslim country or developing country [criticizing China]. Countries supporting China can be found in continents such as Asia, Africa, Latin America and Europe, with a population of nearly two billion."

She added that the 24 countries criticizing China are also victims of terrorism and extremism, calling counter-terrorism and de-extremism efforts a "global issue."

"The past three years have not seen any terrorist attack in Xinjiang," she told reporters. "Measures taken by the government have been very effective."

The spokeswoman said China welcomes "relevant personnel" from those 24 countries to learn from Xinjiang's experience on fighting terrorism.

Xinjiang Uygur Autonomous Region has taken a number of lawful steps, including setting up vocational education and training centers, to prevent and combat terrorism and extremism, the Chinese Mission to the UNOG said in its statement.

The Chinese government issued two white papers on Xinjiang issues this year – "The Fight Against Terrorism and Extremism and Human Rights Protection in Xinjiang" and "Historical Matters Concerning Xinjiang."