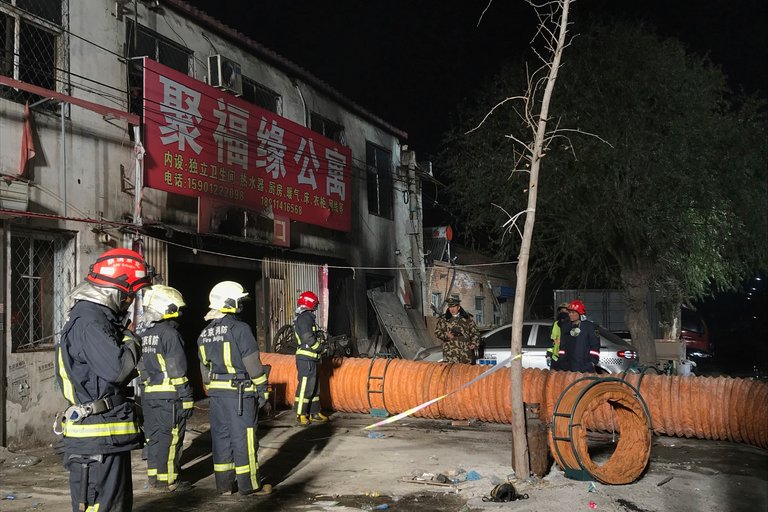 Firefighters in the Daxing district of Beijing on Sunday. “We could smell the smoke everywhere, it was like it had paint or chemicals in it,” a neighbor said. CreditLuo Xiaoguang/XinHua, via Associated Press

The fire broke out on Saturday evening at a three-storey apartment block in Beijing’s southern Daxing district, and a probe in to its cause was underway, Xinhua reported, adding that anyone found to be responsible would be punished.

“Preliminary investigation showed there was a refrigeration facility in the basement of the apartment, where the fire was likely to have started,” Xinhua said late on Sunday. “Fire fighters said there was heavy smoke in the building but no large flames.”

Following the blaze, the current Communist Party Secretary of Beijing, Cai Qi ordered safety checks throughout the capital, including its outlying villages.

“We must take actions and protect people’s lives and safeguard the safety and stability of the capital,” Cai said, according to Xinhua.