By 2025, Beijing aims to have more than 10,000 hydrogen fuel-cell vehicles on its roads and build 74 hydrogen refueling stations, according to a five-year plan for developing the city's hydrogen industries released by the Beijing Municipal Commission of Urban Management. 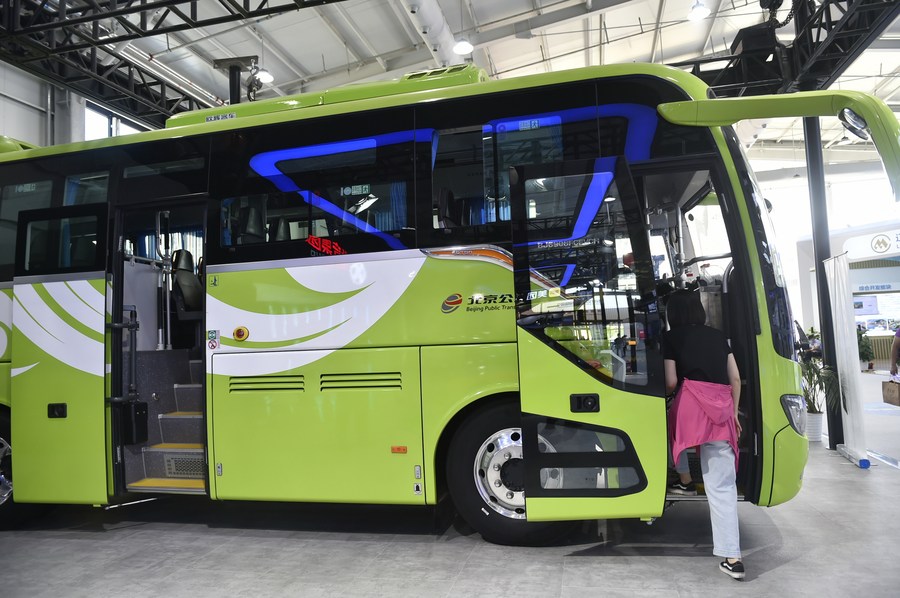 In recent years, Beijing has made active efforts in developing hydrogen industries, so as to advance the low-carbon transformation of the city's energy mix.

After hosting the 2022 Winter Olympics and starting a program of building demonstrative city clusters for the use of fuel-cell vehicles, the city had put 1,528 hydrogen fuel-cell vehicles and 10 hydrogen refueling stations into operation by this August.

In major districts such as Yanqing, Daxing, Fangshan, Changping, Shunyi, Haidian, and Beijing Economic-Technological Development Area, the city plans to step up the building of hydrogen refueling stations. By 2025, the city aims to put 74 stations into use, which are expected to produce 148 metric tons of hydrogen per day.