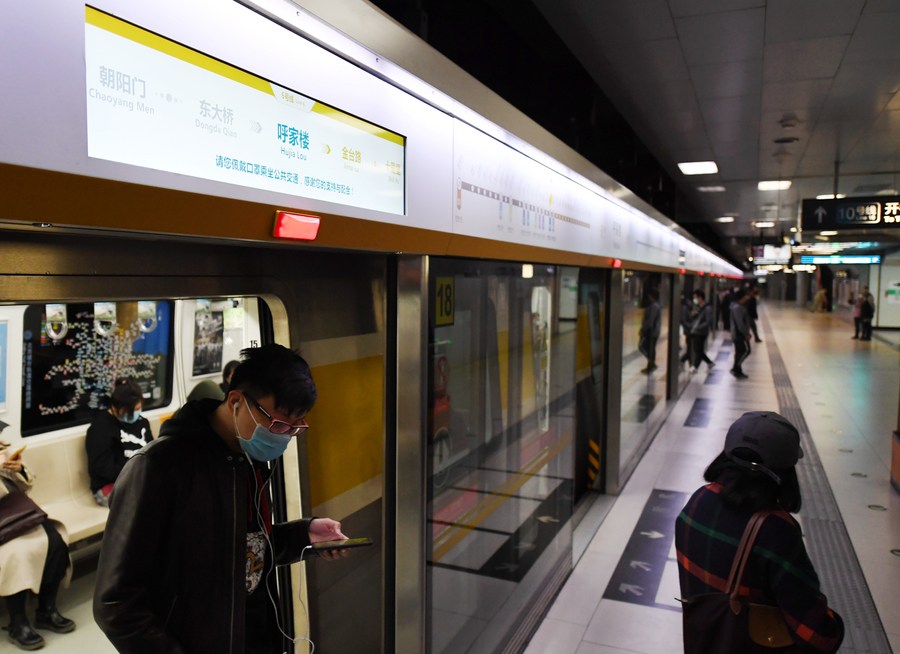 Passengers get off at Hujialou Subway Station in Beijing, capital of China, on April 2, 2020. (File photo: Xinhua)

BEIJING, Aug. 18 (Xinhua) -- Beijing's rail transit lines are expected to reach a total length of 1,625 kilometers by 2035, according to the municipal commission of planning and natural resources.

The goal was revealed in a plan for the megacity's rail transit network for 2020-2035, which was recently approved by the municipal government.

The plan also proposes to increase the proportion of rail trips in Beijing's public transport sector, promoting rail transit to account for over 27 percent of public transportation in the municipality's central urban districts and sub-center.

Beijing views its rail transit network as a safe, convenient, efficient, green and economical solution to relieve congestion in the city and reduce emissions.